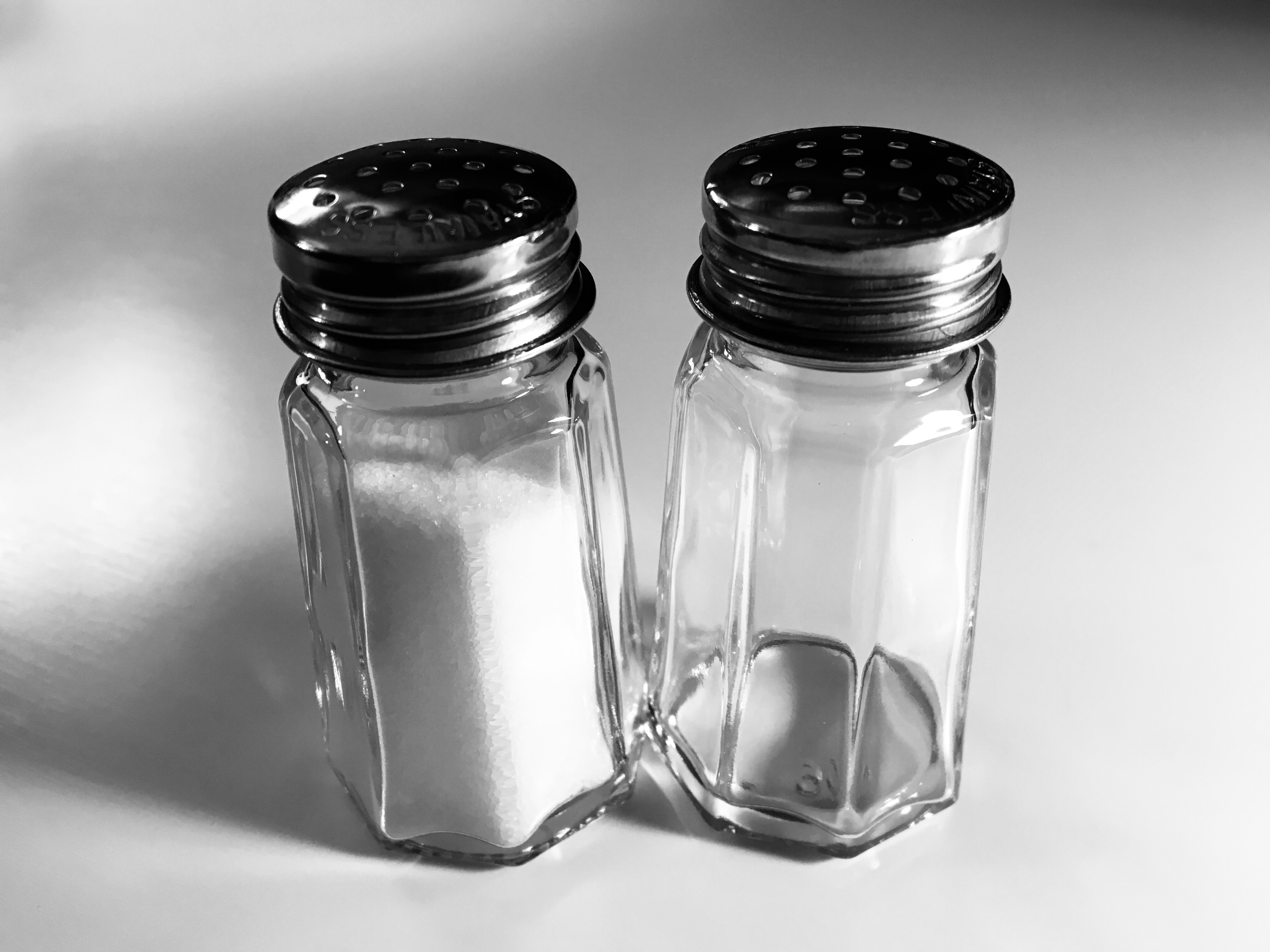 (First, let’s get this out of the way: Instead of asking whether white privilege exists at all, I’m asking whether it exists uniformly, and what the consequences of that might be.)

White privilege, or the notion that white people don’t realize how good they have it in our society, is a hot-button topic in today’s Democratic politics. Specifically, the two Democratic frontrunners for President in 2020 are old, white men, and the party is trying to square that fact with its identity politics. It’s quite a show.

And that show will come to middle America, especially in an election that promises to focus on several states in the Midwest, and most especially as the Democratic convention comes to Milwaukee. As true-blue as Milwaukee is, it remains to be seen how the notion of white privilege will be received in Sheboygan. Or Spooner.

Like a fart in church, probably, at least if 2016 is any indication. But why? Why are rural Midwesterners, for example, seemingly so ignorant about race?

The obvious answer is that they don’t see the problems of race because their world is so white. Best I can tell, the thinking goes that many rural Americans, especially in white areas of the country like the Upper Midwest, just don’t realize how privileged they are. That’s important: they’re supposedly privileged, but they don’t realize it—it’s a problem of recognition, maybe from lack of opportunity, or perhaps willful ignorance.

But that seems to put the cart before the horse. In general, privilege itself seems to require both the privileged and the unprivileged—they define each other. And this raises a question: If everyone is privileged, is there any privilege at all?

In terms of race, is white privilege even possible if everyone is white?

Of course, it’s not true that “everyone,” or even close to “everyone,” is white, at least nationally speaking. Even in a Scandi-land like Minnesota, people of color have increased their share of the population about ten-fold in a couple of generations, from a few percent to about 20%. We do, indeed, live in a diversifying world.

But that diversification isn’t uniform. In Minnesota, anyway, ethnic diversity centers in urban areas, or at least in micropolitan areas. Less so Up North, in the whole counties without stoplights. Many of them remain as white as…snow.

So that’s what some northern Minnesotans see. In their own lives, in their own interactions, in real time, they see a nearly homogeneous society, at least regarding race, at least by the numbers. And when all you see is white, it sounds odd to hear that you have privileged status because you’re white. Privileged compared to…whom?

It’s a slippery question. See, northern Minnesota isn’t like, say, a lot of white neighborhoods or whole suburbs, which can be pockets of more affluent white people in more diverse areas. No, whiteness Up North is not a consequence of building invisible race walls with housing prices, or of “white flight,” or of “putting the blinders on” about the communities of color across the street or highway. Instead, Greater Minnesota has always been white (at least since circa the Homestead Act, of course). And that means that its homogeneity isn’t manufactured in the same way as other white communities’. It’s just…white…and for hundreds and hundreds of miles.

And not just in the winter.

It’s interesting to ask what white privilege actually means, then, in real, observable terms. It’s not immediately obvious. In a (nearly) uniformly white region of the country, does privilege manifest as…college admission? Not really: almost all the students—heck, almost all the applicants—were white, so that seems like a level playing field. Getting a job, or a loan, or good grades in high school? Being accepted in your neighborhood, or feeling safe in public? Same thing: the entire pool—of applicants, of students, of citizens, of whatever—were all white.

The same goes for other, more deeply psychological features of white privilege, like feeling that being white is normal, or perhaps the standard. In some places, being white is normal. It can be tough, then, to recognize the features of white privilege, or even its existence, when literally zero of your coworkers, or fellow students, or community members are of a different race than you are.

And believe it or not, using the word “zero” here is barely an exaggeration. Why do you think there were so many Polish and Norwegian jokes where I grew up? Because that’s the extent of the ethnic diversity—we couldn’t make fun of anyone else, at least in person. Similarly, religious diversity for us was whether you were Lutheran or Catholic, not whether you were Christian or…something else. I didn’t meet a Jew or a Muslim—or an atheist—until I went to college. The uniformity is real, for better or worse.

Further, among such uniformity, would doubting the existence of white privilege actually be unreasonable, in the empirical sense? If you lived not just in a community, but in an entire region, of perceived cultural homogeneity—where the second largest ethnic group were concentrated in reservations, for example—might you think the same thing, too? Even if this is “wrong” as opposed to “right,” is it “wrong” as in “inaccurate?”

And that’s only part of the question. It’s one thing to ponder whether people from homogeneous areas are at all justified for assuming their majority status, or for thinking that status is normal, or even inevitable. It’s another to ponder whether those same people, even if they were to understand their privilege, should be expected to prioritize it politically.

When people from rural areas don’t vote for candidates who talk about identity politics, I think we assume that they disliked those candidates, as if actively. Instead, it seems possible, if not actually more likely, that those rural voters just ignored those candidates, and preferred someone else who talked about issues more relevant to themselves.

Said another way, maybe we shouldn’t be surprised when voters reject politicians who choose to spend so much time talking about a topic that simply does not apply to them directly.

Politically, discussions of race seem to assume an unstated archetype of a rural voter—male, bigoted, in a recliner, holding a light beer, watching Fox News—who gets angry when politicians talk about race. In this view (simplified and imaginary, of course, but maybe barely), rural voters are closeted racists, and any mention of diversity (or affirmative action or reparations, for sure) will anger them. That anger will then embolden them to vote for, say, a white-supremacist presidential candidate. I’m not saying that this image is totally illusory. Instead, I’m suggesting a more mundane explanation, generally speaking: that many rural Americans might understand that racism is real in this country, or maybe that they’re “lucky” to be white, but they merely don’t prioritize these things when choosing to support a candidate.

That might sound blasphemous in the Democratic Party right now, but it seems consistent with some recent events. When it came out that Biden is touchy-feely, for example, the narrow segment of the Democratic base that is on Twitter erupted. Outside of social media, though, his poll numbers, even among Democrats, didn’t move much. Why? Is it because most voters nationwide, even Democratic voters nationwide, don’t care about women? Hardly—most of them are women. The mundane answer is it’s just not a priority to them.

Same with politicians who wore blackface decades ago. Polls didn’t much care. Do voters—again, Democratic voters, to boot—not care about race? That seems odd, too. Again, a mundane explanation is that it’s not a priority for them, either.

Instead, it seems like the single priority that binds Democrats together is beating Republicans. In Biden’s case, that one priority seems to be beating Trump specifically. Of course, Republicans are no different: Trump got elected only because so many people held their noses and voted for their hopes for the Supreme Court, or against Clinton. This shouldn’t surprise us—the one thing political parties do is try to win elections. It’s not like joining a church, where one must believe the doctrine to make it worthwhile.

And it also shouldn’t surprise us when people from homogeneous areas of the country hold their noses and deprioritize race. We all do similar things, actually: we all ignore planks of the platform that don’t pertain much to us, even if they are, indeed, important. The war in Yemen, for example. Foreign aid generally. Education. Medicare. Pick your issue—we might know that some of these issues are important and consequential, and even important and consequential to wide swaths of Americans, or even humankind. And we still ignore some of them, and vote on the few issues that pertain to us. Or, several of the issues that pertain to us, if they align with a particular party.

That doesn’t make us evil, or ignorant, even. That Republicans voted for Romney—the father of a statewide Affordable Care Act, kinda—didn’t make them fans of socialized medicine. That Democrats voted for Obama in the same election after he failed to close Guantanamo doesn’t make them haters of due process, either, of course.

In fact, that so many of us vote Democratic or Republican at all is evidence of similar nose-holding: if we actually voted for people who best aligned with our views, many of us would vote for third, or fourth, or ninth parties. But we don’t. We pick our best shot—however defined—and ignore the rest.

So, what does this mean for Democrats in 2020? Well, I’m not the first to say that an identity-politics warrior would turn off middle America and pave the way for a two-term Trump presidency. However, I am saying that that notion is not necessarily—necessarily—because rural people are bigots, or are even just racist, or don’t understand racism, or are made uncomfortable by identity politics generally. Maybe some rural people are indeed these things, but the answer could be simpler: that’s just not their world. They get it, but they don’t care.

You know, just like the rest of us, about something or other.

Further, even if Democrats nominate an old, white man to run for President, that old, white man will turn off middle America if he spends a lot of time talking about race, or identity politics generally. Again, this isn’t because rural people are bigots, necessarily, but because it will serve as an opportunity cost to connect with rural voters when the other candidate might speak more directly to their interests, however incoherently.

The misalignment of modern-day Democrats and many rural voters in snow-white regions of the country is real, but Democrats might have no one but themselves to blame. Selling white privilege to people from Scandi-land might be more than just bad politics—ironically, it might be downright…color-blind.