She clutched two things with one arm. A Styrofoam coffee cup, already half-empty, apparently, was tucked between her elbow and her black jacket, its black lid somehow holding on for dear life, surviving the squeeze. “Holiday,” it smushedly said. The other was a new pack of cigarettes, Marlboro reds, guaranteed new because I could still see the shiny wrapper over the top, between her wrist and her puffy nylon chest.

She rocked and heaved from her car – a newish crossover-SUV, one of the smaller ones – about the time I pulled up. I recognized her from the forty or so weekly interactions at the threshold of her apartment door over the last year, maybe four seconds each, when I’ve handed her a brown paper sack with the “cold” stuff – milk and a slice of bread, maybe – as well as a foil tray with a white lid, the shiny corners tucked over with care by someone in a hairnet, maybe with some extra gravy at the corners.

(Wait – which corners? Of both the foil tray and the person in the hairnet, probably.)

“Marla!” I call out. She waddle-turns to see me – careful not to spill her coffee, I’d guess. And she pockets her keys to take her food, this week on the street, barely looking my way, maybe due to lack of waddle-turning and perhaps an inability to turn her neck. She perfunctorily mumble-thanks me and I politely respond. This isn’t exactly a Mr.-McFeely-Special-Delivery interaction, with smiles and conversation with People in Your Neighborhood.

Marla is one of only two people I see face-to-face, or maybe face-to-jowl, on the Meals on Wheels route each week. My son and I deliver nine or ten or eleven meals, depending on who’s in the hospital, and at most houses I just leave the sack and tray in a dirty plastic cooler on the porch, or inside the door, or in one case kinda inside the house on a rickety white table next to a walker. If the cooler is outside, its intent is less about thermodynamics and more about pest control: the coolers’ corners are more likely gnawed off than broken off.

My two oh-so interactive deliveries are to deliverees who live in apartment buildings and feel obligated to let me in the front door with a buzz or a ding. The buzz-er is a chipper and thankful and kind of enheartening lady with a permagrin and a now beloved cadence of “Thank you, thank you, thank you” delivered with cloudy, half-cocked eyes. The ding-er is Marla.

I’m pretty sure Marla would be in the leave-it-in-the-cooler camp if she didn’t live in an apartment – she refuses to make eye contact and barely mumbles a thank you, as if I’m bothering her. Or, maybe the arrangement of subsidized food delivery makes her uncomfortable. Or, maybe she’s floating on a raft of mental-health issues. Regardless, it’s not an altogether pleasant experience, for either of us.

Not that that’s the goal. The goal, as I understood it when I signed up with the nice lady in the Fellowship Hall, is to deliver meals to people who are unable to provide meals for themselves. As a former nursing home peon, and having delivered meals in my hometown decades ago, this seemed up my alley, especially as a way to get my son involved in some sort of service project in an otherwise self-service world. Each week he sits in the backseat and hands me the piping hot trays wearing his little knit gloves, serving as makeshift oven mitts, from the hardware store.

But it hasn’t made sense to have him actually get out of the car and deliver the meals to the people, because there’s no delivering to the people – only coolers. And now that I see Marla fresh from her drive-waddle to the convenience store, I wonder about the project’s entire advertised premise. I wonder why a woman capable of venturing into the winter in her new-ish car to hunt and gather convenience-store coffee and cigarettes can’t turn right instead of left at the light and waddle into the grocery store instead. And instead of buying chopped tobacco leaves at $8.00 – name-brand, to boot – she could buy some chopped lettuce leaves at $3.50 and fix a ready-made salad from one of those little kits that are Russian/Romaine nesting-dolls of plastic. And, as long as she’s willing to carry a coffee cup across icy hill and dale, she might as well carry a bag of her own little trays of food, quite cheap, already frozen, that she could, you know, put into a microwave and burn her own little fingers or maybe get her own knit gloves from the hardware store. Or something.

My time at the nursing home taught me that some people really need help, even if they don’t want that help. I get it. But I also remember a whole lot of earnest if not sanctimonious mini-speeches from people – who used to be nurses but who hadn’t actually touched a patient in years – regarding the importance of independence and self-respect and dignity. We orderlies were ordered to let the residents do as much as they possibly could, regardless how ineptly or slowly, for their own sake. I took this as gospel. Still do, I guess. And I would think the technological advances in cooking, etc. in our 21st-century-American world would make this even easier than just a couple of decades ago.

But this decree of allowed independence from on high does not nicely align with the reality on the ground where the rubber hits the road with the Meals on Wheels program, which seems to steer more towards convenience than to Good Samaritan-style service to the indigent. See the example of Marla above, but also several others, including the man who was full-on snowblowing his alley with a full-size, two-phase snowblower one day when my little buckaroo and I pulled up in our four-wheel-drive sleigh. Imagine our surprise. Little Bucko summed it up concisely: “That’s odd,” he said.

I just set the sack and the tray into the cooler by the back door, as usual, as he kept on working.

Of note: that back door, like the black lid on Marla’s coffee cup, was holding on for dear life.

The houses on our route are a sight to behold, or something you’d expect to see on HGTV – as a “before” picture. Doors hang off of hinges. Eavestroughs hang from eaves. Downspouts have fallen down. Paint peels, if there’s any left at all. Plants grow out of places that no HGTV landscape architect would have approved, or thought possible, maybe.

Delivering to a broken house can be heartbreaking, but thankfully I’m often focused on other things, like the unshoveled sidewalk, or maybe icewalk, and the mounds of dog shit and the yellow patches of snow within the let-the-dog-out radius of a front door in a Northland winter. The ice on the walk can be treacherous for the relatively able-bodied like yours truly, and I wonder about some of the elderly Samaritans who venture to help the even more elderly each week. The sad irony of the prospect of one septuagenarian breaking a hip to deliver food to another septuagenarian, or even a sexagenarian, is heartbreaking, too – maybe more so. Breaking a hip has surgical consequences and can put someone into a nursing home – many never get back out. Maybe irony is too nice a word.

But the sad state of merely existed-in houses becomes downright tragic when we consider their inevitable effects on the housing market. Effects, plural: One, programs like Meals on Wheels allow people to stay in their homes for much longer than they would otherwise, and while this is maybe good and appropriate and relatively inexpensive for each elderly person and her family compared to long-term care, it also impacts the number of houses for sale. Coupled with the miracles of modern medicine, programs aimed at “self-sufficiency” can enable elderly people to stay in their homes for literal decades beyond the norm just decades ago, which squeezes the housing supply available for, say, young couples, or other people who need cheaper housing. Which sounds too familiar these days. I look at the ballooning median home price in our micropolitan area and have to wonder how much of the housing stock is held by people who shuffle on shag carpeting in worn-out pink slippers and who plant themselves on ancient couches watching daytime television at high volume while the guy with the red beard drops their hot meal for the day into the gnawed-on cooler on the sagging porch that cracks and groans and sometimes shifts, kind of an inadvertent combination of doorbell and security system, especially when the dog notices and barks. Every time.

And those porches do indeed sag and crack and groan and shift, which is itself the second problem. People who are metabolically alive but otherwise incapable of getting microwavable groceries instead of cigarettes are also incapable, one would think, of going to Lowe Depot and getting ten-foot sections of eavestrough and laddering themselves two stories to rehang and caulk their own little rainy-day Niagaras. Or, just as important, paying someone else to do the same. Consequently, the houses with the dirty plastic coolers out front deteriorate nearly into the ground, nearly literally, during the extra decade(s) that Medicare and Meals on Wheels et al. afford the occupants for remaining “independent.” By the time those independent indigents move on to a better place, whether in the sky or in Skyline Assisted Living, the house needs either major structural renovation or maybe straight razing. Neither is cheap; on the macro scale, both drive housing costs further skyward.

“Help the needy,” they said. “Do a good deed,” they said. I wonder. The next time I get that treasured, single “Thank you, thank you, thank you” amidst a dozen clunks of dirty cooler lids, I’ll be sure to offer a polite “You’re welcome.” But on my way out the door, to the rest of the world, I can’t help but say I’m sorry. 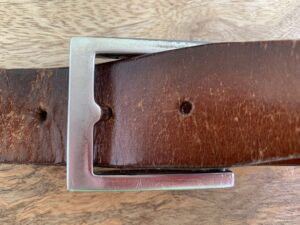 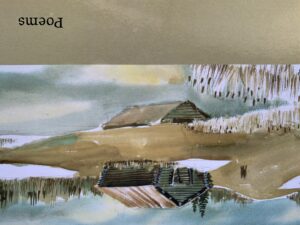 photo by P. A. Jensen, of a book by poet Jim Johnson, featuring a painting by Carl Gawboy
Uncategorized 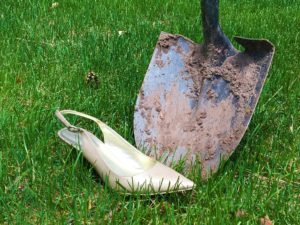