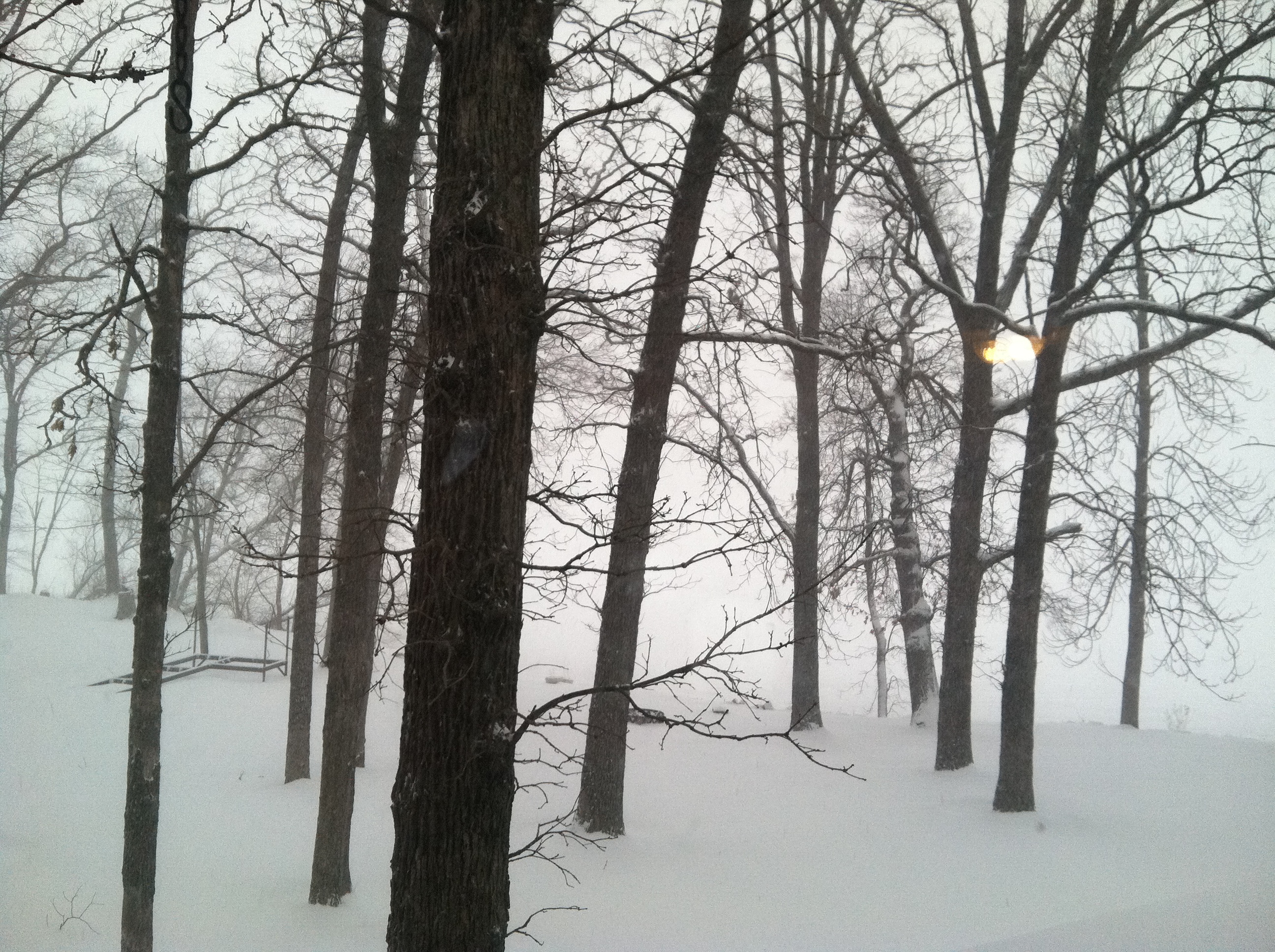 There was frost on the toilet seat. Not icicles, but frost—a micro-layer of crystalline sheen, the kind you can scrape off with a fingernail, but not a finger.

Which is an experience.

On a frozen toilet seat, at least for a while, there are neither one nor two options. Right away, there is the involuntary exhale, the involuntary inversion below the equator, as if the air got squeezed out of you by some sort of scrotal lariat, a lasso of cold. Air was forced out of your lungs by the encroachment of your bowels, now impeding on your diaphragm, as they pucker away from the tundra of toilet.

You get the idea.

Such is the drama of the outhouse at the hunting cabin in November in northern Minnesota. It is not a grand drama, and it’s not even polite dinner conversation. But it is remarkable, I think. It’s remarkable not because people who use outhouses for a few days every fall are somehow tougher than those who don’t, of course, but because it resets one’s frame of reference. After sitting on a frost-covered toilet seat, your toilet seat at home never feels cold—even in the morning, even in the winter.

The drama of the outhouse goes beyond temperature, too. Sitting over a steaming pile deep in the ground resets the frame of reference for bathroom cleanliness, for example. Now, as we all learned in Scouts, sanitation is important, but back in civilization we lump a lot of nonsense under the term “sanitation”: making sure the toilet bowl is always pristine white, for instance. Or, seemingly needing to flush after every use, because heaven forbid we use a toilet and smell urine.

Or, even worse, someone else’s urine. The horror.

After using the outhouse, only for a couple of days, one recalibrates one’s definition of “clean,” and “pleasant,” and “lovely.” What “cold” means, too. And that recalibration results in a certain kind of gratitude for our heated houses—not outhouses—back home. And for indoor plumbing generally. And for how soft the bed is. And for…just about everything, really.

But then, slowly, it dies away. Over the months, the recalibration begins to atrophy, and “clean” means “sterile” again, and “cold” means “not as warm.” But then, like clockwork, we go back to the cabin in the fall and get a little toughness—just a little—knocked into us. And maybe our breath knocked out of us by that frosted toilet seat.

I wonder what it would be like not to recalibrate. To remain constantly and comfortably in a kind of Proctor & Gamble world of semi-sterile, a world of room temperature year-round. The recalibration during hunting season lasts only a few days—a sliver of the year by percentage—but it is deceivingly powerful. Deceiving like how you could always tell who the hard-core Scouts were, the ones who had been on the big camping and hiking treks, despite the fact that those treks only lasted a week. Those Scouts were transformed during that week, and wouldn’t dare bellyache about the little stuff when they got back home, even months or years later.

I would imagine—and only imagine—that this is a few orders of magnitude down from military service, or even just basic training.

Not recalibrating at all has to have consequences for us, and I mean “us” in a big sense. A nation full of people who never “rough it,” who have no desire to test the boundaries of comfort, has to slide toward…well…weakness, I guess. Never testing oneself is different than testing oneself infrequently, and we live in a nation, I think, where many citizens never test themselves, never recalibrate. At all. Especially physically.

Maybe. But I hear and read a lot of bellyaching about stuff that Just. Isn’t. Real. No self-respecting person with any kind of roughness or toughness—however small, however infrequent—could even let himself think, let alone say out loud, some of the things we seem to moan from the hilltops. A life of first-world problems is a life with no problems at all, but you wouldn’t know it listening to our fellow Americans. The fact that we worry about and care about and fret about and stress about and lose sleep about so many trivialities of 21st-century American life—the trappings of a consumer society that we’re all lucky to enjoy—borders on laughable. Or, maybe I’d laugh if I didn’t feel like crying.

Frankly, getting our asses frozen once in a while might give us some perspective.

Again, “roughing it” doesn’t demand big changes. Leave your comfort zone just once in a while, and the jolt will stick with you. That is, the jolt of the frozen seat will be brief, but the memory might force you to reject someone’s proposal to, say, get a heated toilet seat—it’s already heated compared to the outhouse in November. Or, the outhouse itself might give you some perspective about what “gross” means generally. Either way, it might dawn on you that you’re already, ahem, “sitting pretty.” That kind of stuff isn’t worth worrying about at all.

How freeing would that be?

And when someone in your life wants to, say, buy a new toilet seat, even if for reasons unclear to you, maybe you can help. Sure, you don’t care. You can’t imagine caring. After all, you don’t care in the outhouse—you just care that it’s not frozen. Still…

“Dear, what do you think for the toilet seat, Eggshell White or Ivory?”

Sigh. After biting your tongue, you muster:

“I dunno—do they have anything that looks frosted?”