The Selfless Selfishness of Parenting 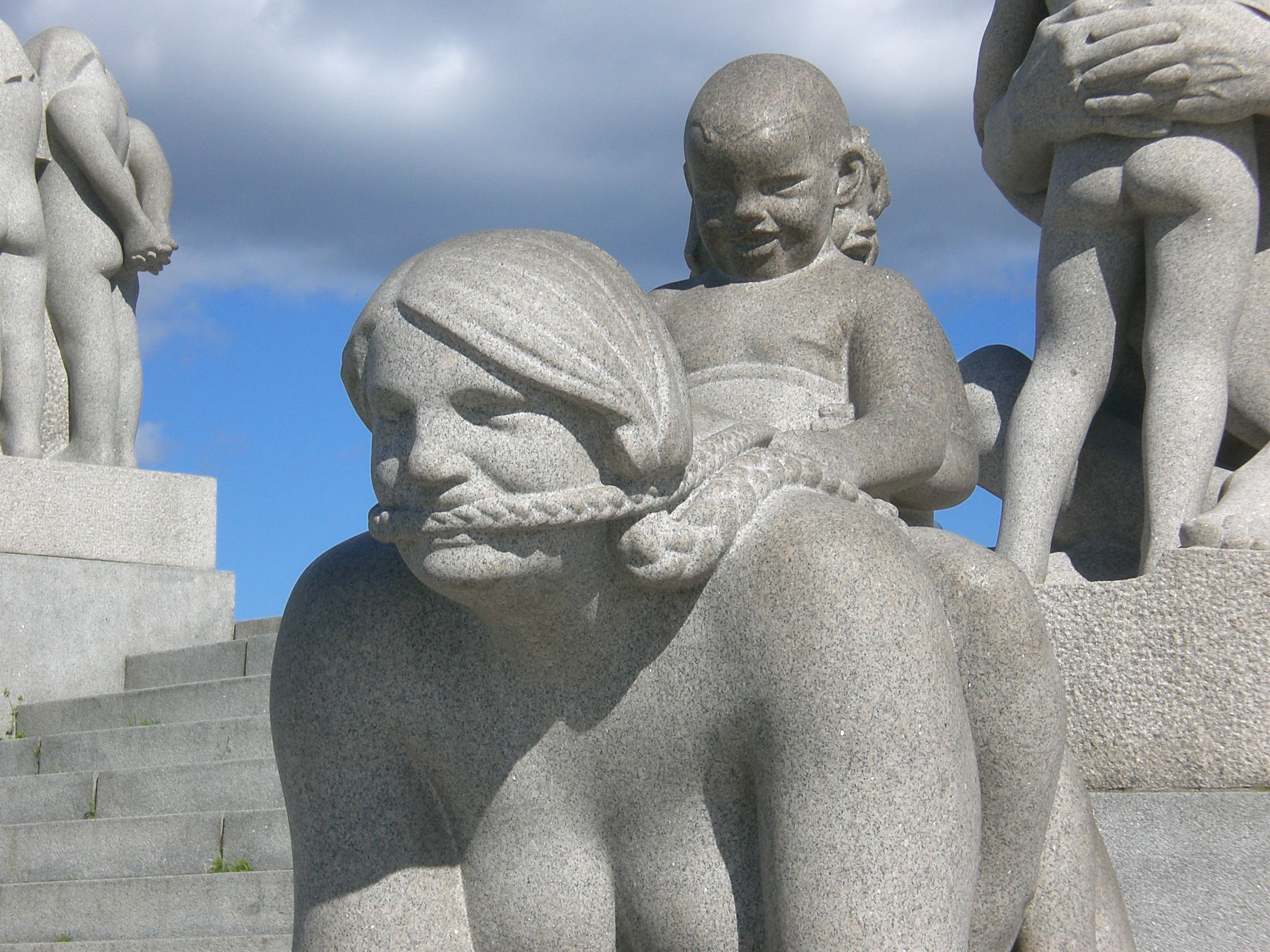 I’m a stay-at-home dad. I care deeply about family.

There is a constant refrain from some on the Left—particularly in feminist circles, but in progressive circles generally—that stresses the importance of household work, or work within the family, namely raising children. In particular, the refrain bemoans how this work is unrecognized in an economic sense: it is unpaid.

Many proposals seek to remedy this perceived wrong by guaranteeing that some of the work of parenting is paid. The most common of these is mandating that employers (or the government) pay people to be parents, usually at the beginning of the child’s life.

Even as a stay-at-home dad, I don’t understand.

First, having a child is not a public decision.

In theory, the government pays people to do things after the government has agreed they need doing. Then there is typically a call for bids to achieve the desired outcome. Think of building a road, or getting a research grant. We would like X done, so we will pay you to do X. Often, we want X and Y done, but have money only for X, so the bids to do the work are competitive.

Parenting is not this way. The decision to have a child is not up for public discussion. Frankly, in many cases, I know that I wish it had been up for discussion and public veto. Or, at least had been subjected to a competitive bid process for this year’s crop of kids.

At root of the paid-leave proposal seems to be the unspoken assumption that “we’re all in this together,” or that there’s a pool of money—Other People’s Money, of course—into which we all deposit, and from which we all withdraw. That’s nonsense, even if it’s poetic nonsense. A paid-leave program systematically shifts resources to people who choose to have kids, and the more kids they have, the bigger the shift. This predictably shifts resources away from people who make the reasonable choice to have no children, or even to have fewer children than average.

The version of the paid-leave bill that I’ve seen involves charging everyone—excuse me: all workers and employers—a payroll tax in order to pay for the workers who have children and would take leave. This is not a pay-in, pay-out system: of course, there is no limit on the number of children someone could have, nor is there a minimum number of children one must have. This would ensure “fairness,” and that we’re indeed “all in this together,” and would turn paid leave programs into a sensible form of family insurance.

However, because such minima and limits do not exist, there is no check on the number of children, and therefore no check on the amount of spending out of the pool. There is also no way to regulate who pays into the pool, meaning that some will pay in but not take out. Call me cynical, but that seems like a bad idea, both philosophically and financially.

To be glib, I suppose that doesn’t matter as long as we can threaten people with imprisonment to get them to pay into the pool. So, you know, all’s well that ends well.

More genuinely, if paid-leave programs seem fair to you, ask yourself whether the consequences seem fair to people without families, or with small families.

Personally, I’d be inclined to disagree.

Let’s anticipate another criticism: no, having a child is not some sort of public service that warrants public funding. Sure, the government does indeed pay some people for necessary goods and services, like military service or building roads or conducting research that ostensibly helps everyone. I’m not an economist, but it seems to me that to get these services, we typically pay people a price that is just high enough to guarantee that the service is delivered. The government pays people to join the army or lay asphalt or conduct clinical trials because it otherwise might not happen.

We lure people with cash. This is the nature of a market economy, it seems to me.

People do not need to be lured with cash in order to have children. Like I said, I’m not an economist, but I was a biologist, and I can tell you that we’re actually wired by evolution to produce too many children, as if to anticipate some selection. Well, that selection is all but gone in our 21st-century society. We’re lousy with children (in every sense, maybe). So, even if having a child is a public service, it’s a public service that we needn’t encourage with funding, let alone compulsory funding. It’ll happen on its own.

In other news, we needn’t pay the sun to shine.

From proposals like tax-funded parental leave, we can start to see a larger point about the philosophy of government. The tax-and-spend philosophy that leads to the idea of paid parenting seems to a) identify what kinds of policies would help people, and b) start writing checks. As noble and high-minded as this approach may be, it merely results in a bunch of different groups clamoring for funding, and government spending ballooning. Ignoring the fact that private decision-making makes shaky justification for public funding leads to out-of-control spending, and for suspect projects, to boot. Whoever has the loudest voice, or the most money, wins.

This brings us to a larger point about parenting generally, and the misunderstanding of our characterizing it as “work,” and not just in the economic sense. As a stay-at-home dad, I can tell you that parenting is indeed “work,” at least in the sense that it can be hard and tiring and frustrating. It is also important work—that’s why I choose to do it. But I don’t expect people to pay me for it. Why? Again, because we pay people for things we want or need done. But from another angle, nobody paid me for it because nobody outside my inner circle of family and friends wanted me to have a kid. Certainly no one needed me to.

Translation: it is ultimately selfish.

You read that right: being a parent is selfish. It is selfish in the sense that it is a family matter, and that parents retain primary decision-making power over their own children. But it is also selfish in the biological sense: it propagates our own genetic lines. There’s an evolutionary argument about the development of traits that help us protect family and others we depend on for survival, and one needn’t be a proponent of social Darwinism or natural-law arguments to understand it. However, we’ll largely skip it because it’s obvious, and perhaps even too simple for our point here.

More interesting is how that argument concerns other people’s kids. Regarding biology and evolution, it may be true that we evolved in groups to aid in child care, or that it’s “natural” to take care of others’ children. Fine. But as I’ve written elsewhere, such arguments misunderstand the concept of the “group.” Such groups in our evolutionary history shared resources, but they also shared responsibility and decision-making. A system where parents draw resources but retain all decision-making and responsibility for child-rearing, like the one that our federal government might implement, betrays the language of our evolutionary heritage.

Of course, in a large system there literally cannot be such accountability to the group, if only for logistic reasons. That’s the point. Language of “natural” human behavior is out of context in our large institutions. So, let’s dispense with this kind of supposedly “natural” groupthink—the federal government of 400,000,000 people is the wrong kind and size of group, and is irrelevant regarding analogies to our evolutionary past.

Paid-leave programs, then, seem to be yet another fruit of the Magical Money Tree, which, as I’ve written, doesn’t exist in small towns. Sure, wouldn’t it be nice if parents could get some resources when they need it? Yes. Yes it would. But to force other people to pay for other people’s families, especially in such a direct way, is too high a price. Throw in the fact that the pay-in/pay-out ratios are different for different people, to say nothing of the fact that those ratios are different due to people’s conscious choices, and it makes for disastrous policy in one of the largest nations in human history.

If you’re one of the people who think that people should pay for other people’s kids, I encourage you to use your own money to do just that, perhaps on GoFundMe or something. I’m serious—that would be awesome. Good for you. Or, because churches and other charities do this kind of stuff all the time, you could join or donate to one of them. Again, I’m serious. Again, good for you.

But that’s the point: it’s good for you. And the person you’re helping. That’s what charity is all about.

That’s not what government is about. Government may be—may be—about helping people in need, but it’s not about paying for people’s choices.

Speaking of choices, the Left reminds us that having a child at all is a choice. It’s a pretty fundamental belief of proponents of tax-funded parental leave, I would think. And if having a child is a choice, then it’s perhaps the most personal, most intimate choice. It’s certainly a choice that I respect. But there’s a logical problem here: after you make your own choice to have your own child, let me make my own choice to support your choice. Or not.

I love my son—that’s the biggest reason I stay home with him. My wife and I made a choice to have him, and we pay for our choice, in no small part by sacrificing my income so I can stay home with him. Sure, we’re in a financial position where we can do that, but resource management is a natural (yes, natural) part of reproduction.

(This is especially true among mammals, which as a class of animals have especially energy-intensive parenting strategies, starting with production of milk. Also, compared even to mammals, humans have offspring that are particularly helpless, and for a particularly long time, as any parent and teacher and Scout leader will tell you. As a fact of ecology, therefore, humans must manage resources especially adeptly to ensure survival of their helpless offspring. In fact, that’s probably one reason we evolved in groups. However, that we evolved in groups is also part of the reason we’re in this mess of confusing “group” and “community” with “government.” But I digress.)

Also, as part of my wife’s and my resource management, we choose to live in a place where we can handle the cost of living. But again, I digress.

So, my wife and I pay for our choices, but I don’t ask you to help. I’d ask that you return the favor and don’t ask me to pay for your choices, either, let alone demand that I pay for them. See, parenting is a different kind of work—it’s work that benefits only you. Or me, depending on who made the choice.

Regardless, though, it doesn’t benefit “us.” Sorry.

Recognizing parenting as selfless selfishness, and as an intimate, personal act, is at the root of understanding federal policies regarding the family. Want to talk about leave? Let’s leave parenting to the parents, and to their families and loved ones. Let’s leave strangers, employers, and the government out of it.

When it comes to the government, let’s leave leave alone.