A Bite at the Apple: The Arithmetic of Minority Teachers 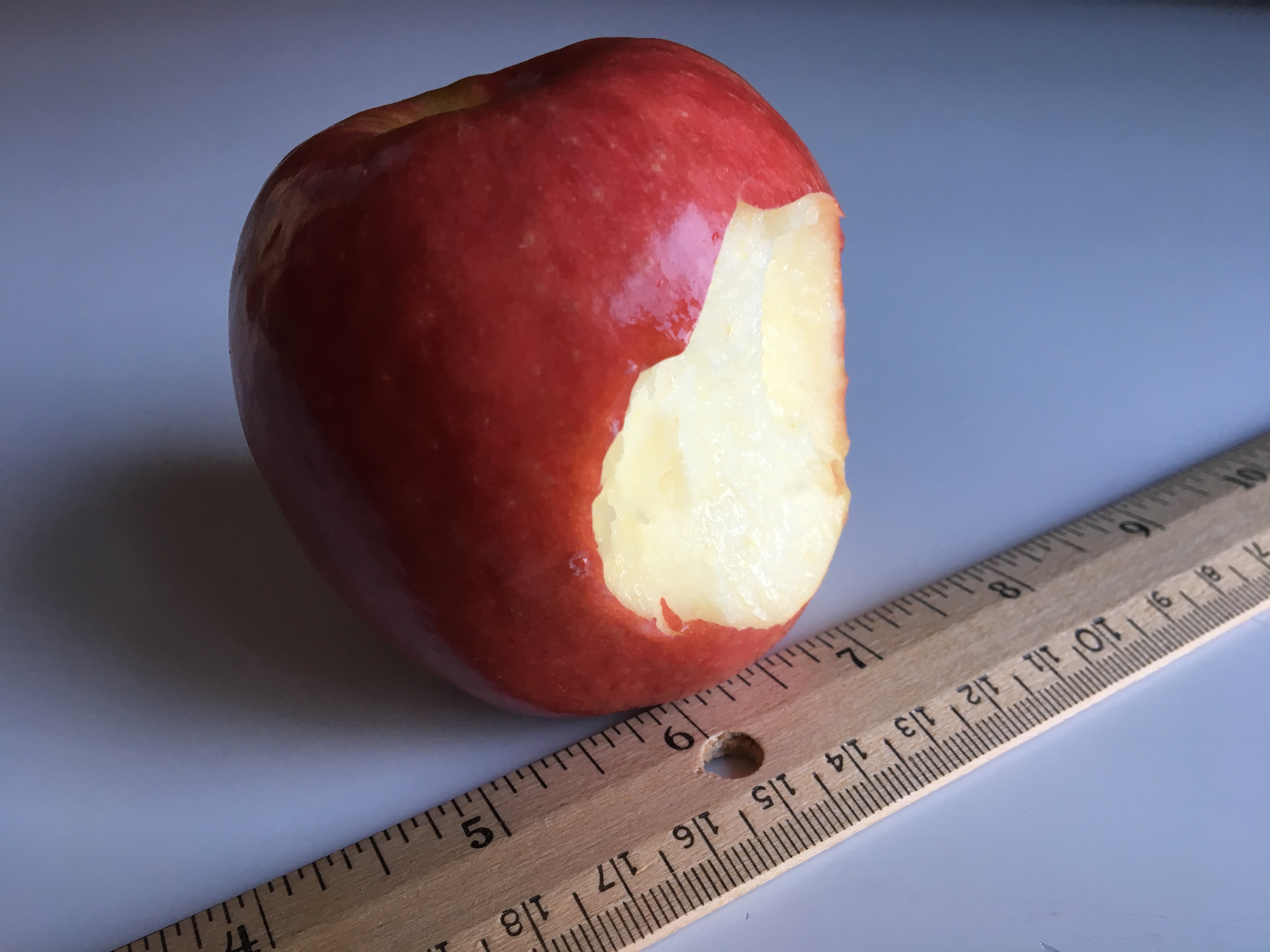 Both Democrats and Republicans like to talk about increasing the number of minority teachers. The stated reasons vary, but let’s get right to the specifics: in Minnesota, an education coalition is asking the state for $80m to help increase the number of teachers of color. Their goal is to bump representation from 4% to 5% statewide, or by about 630 of the state’s approximately 63,000 teachers.

To be sure, it looks like only a fraction of this would get funded, at least given the budget proposals from the governor ($16m) and the House ($37m), and also given the fact that the Republican-led Senate has other plans. But still: $16m, $37m—this is a lot of real money that our politicians are offering up, at least to start negotiations. And for what?

Let’s start with some simple arithmetic. $80,000,000 divided by 630 new teachers is over an eighth of a million dollars—about $127,000—per supposed new teacher. That’s enough to pay for all of these 630 teachers’ salaries for two or three years. (Or, every teacher’s salary and benefits for almost two years.) Regardless, that’s a lot of money to spend on recruitment and grants, even if it were funded at about fifty cents on the dollar, as the Democrat/DFL-controlled House proposed.

But that’s not the point, really. The whole discussion of the number of minority teachers seems to ignore a couple of key facts, and uncontroversial facts, at that. First, different racial groups have different birth rates, which impacts the ratio of adults to children over generations. Second, teachers often stay in the profession for a long time, meaning that, even in a perfect world, racial composition of teachers will not match a society with changing demographics.

These two factors, hidden in plain sight, are sufficient to explain why there are so few people of color in front of Minnesota’s classrooms. Most interesting, these reasons don’t involve factors like systemic racism or lack of educational opportunities for minorities. Friends, it’s simpler than that. (And I do mean simple—I’m doing some quick, back-of-the-envelope calculations here, but you’ll see the bigger point, regardless.)

Let’s start with the bigger of our two issues: demographic trends. Census data show that Minnesota has been getting significantly less white for decades, to the tune of about 4% less every Census. (White people made up 94% of the population in 1990, 89% in 2000, and 85% in 2010.) Minnesota Compass says that about 20% of Minnesotans are people of color today, which fits the trend.

Of course, patterns like this point to birth rates. Non-white Minnesotans are reproducing faster than white ones, perhaps for a variety of reasons, but perhaps only for the well-documented reason that lower-income people have more children. Indeed, Minnesota Compass says that people of color make up 6% of retirees (65+), but fully 31% of preschoolers (0-4). That means that, despite being only 20% of the population, people of color account for at least 30% of the births in Minnesota today.

This is the landscape for our discussion of teacher shortages. The population is growing, and groups of color are growing the fastest. It’s unsurprising, then, that people of color have the direst shortages of teachers: compared to white people, they’ve got fewer adults (the teachers) per kid (the students).

The effects of such demographic change appear quickly, too. Imagine a young person of color who wants to be a teacher. Say she’s a sophomore in college, and has just decided to major in education. That means she was born in about the year 2000. (Feel old? Join the club.)

Given the trends described above, let’s figure that in the year 2000, birth rates for white people were in the mid-80s, percentage-wise, meaning that birth rates of people of color were about 15%. That means that, even if “millennial babies” of all colors were equally likely to become teachers, the fresh crop of teachers nowadays would be 15% of color.

Compare this to the demographic of kids today. Imagine that our newbie teacher wants to teach kindergarten in a couple of years. As discussed, that kindergarten class will be about 30% of color. That means that the percentage of new kindergarten teachers of color will differ from students of color by a factor of two (15% people of color then vs. 30% today).

In other words, accounting only for birth rates, we already have a shortage of teachers of color compared to the population as a whole, and a significant shortage, at that. Again, this calculation does not rely on any form of racism or oppression, whether in our education system or during the recruitment and training of teachers. Maybe those things are real, and important. But these numbers show significant divergence by relying only on obvious demographic facts backed by hard data.

But now let’s add another factor: the average age of teachers. By and large, teaching is still a stable profession, akin to the old model of “forty years and a gold watch.” Yes, teachers may be leaving the profession at a higher rate as of late, but overall, teachers are often career teachers. As evidence, consider the glut of baby boomers still in the profession, whose retirements are exacerbating teaching shortages state- and nationwide.

Teacher age compounds the disparity between the racial compositions of the teachers and students. That is, if the new crop of 22-year-old teachers looks different than today’s students, consider how different the older crops of teachers look.

Let’s simplify and say that teachers often teach for forty years, from the time they’re 22 to 62. The median age of teachers in this case would be somewhere around 42. That means that the median teacher in Minnesota was born, say, sometime in the late 1970s, when people of color represented only about 3-3.5% of Minnesotans.

(Of course, there are other factors at play here. Two examples: the population has grown over time, meaning the number of teachers has increased the most in recent years, meaning that the demographics probably shifted to more diverse crops of teachers. However, teacher shortages may have been more prevalent in later years, too, meaning that older teachers [and their demographics] might be a bit overrepresented. For our simple calculations here, we’ll call it a wash—we’re just trying to make a broader point, anyway.)

And that doesn’t consider other factors that also depress the number of minority teachers, like the fact that minorities as a whole are less likely to go to college at all, let alone graduate from college, let alone graduate with a degree in education. In this light, the fact that we have 4% teachers of color today is pretty impressive, considering some educational hurdles they face.

We want to spend more money to fix this… problem? Thinking demographically, is this even a “problem” at all?

Should the state spend money to recruit members of a profession, even a state-mandated profession like teaching, in order to match current demographics? That seems to be an uphill battle. Regardless, it would probably be a losing battle. As mentioned, even if our youngest teachers represented Minnesota’s demographics when they were born, they wouldn’t represent Minnesota now. Also as mentioned, even those youngest teachers would misrepresent people of color by a factor of two.

As a side note, demographic trends like this are literally unrelated to whether the underrepresented group is even in the minority. Imagine that white people, all of a sudden, increased their birth rates to exceed the rates of people of color. In such a case, white people—despite being in the majority—would be underrepresented in Minnesota’s classrooms. As a simple case, imagine that white people are 80 percent of Minnesotans today, but started having 90% of children. In five years, the kindergartners would be 90% white, but the new teachers would be about 80% white. It’s the same thing: whoever reproduces the fastest will flood the pool of new students, skewing the ratios compared to all teachers born generations earlier.

The government wouldn’t step in then, obviously. Nor should it.

To any number of millions.