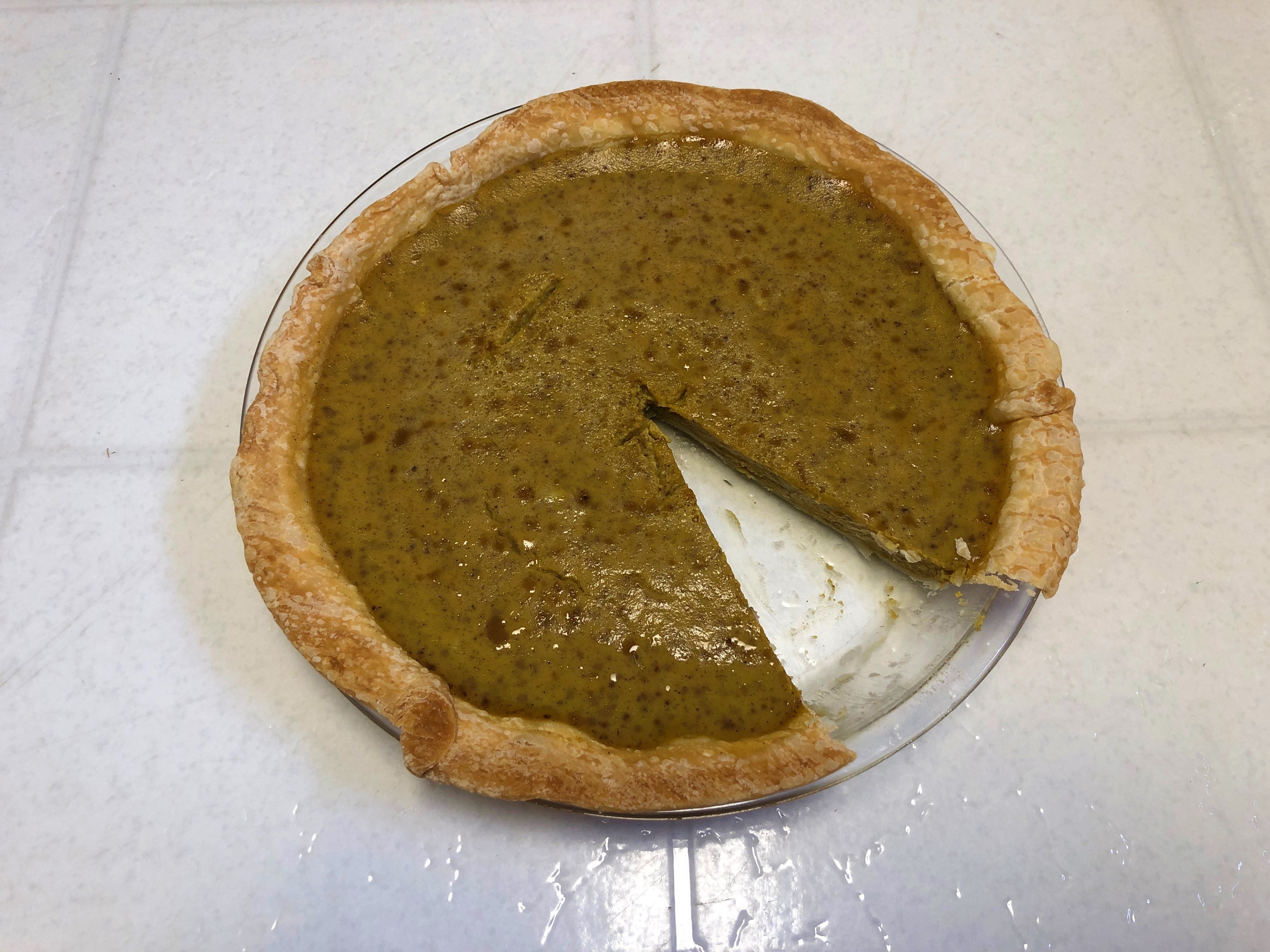 My wife may be misremembering, in no small part because she was sleep-deprived. But there she was, trying to stick a needle into this woman’s spine after being roused from her slumber at 3AM and driving through the snow to the hospital. And the woman was being, shall we say, impolite. Rude, even.

This is my wife’s lot in life, it seems. It’s bad enough that she was on call for literally one-quarter of her nights and weekends for years, but it’s worse when she deals with people who berate her for, you know, helping them.

But she’s well-paid, you might say. Yes, yes she is. She makes about an order of magnitude more money than I ever did, and that’s barely an exaggeration. So, yes, she’s well-compensated, literally, for her efforts.

But there’s a downside to this—some might say a darker side. See, she makes a lot more than I used to make, but she also pays more money in taxes than I ever made at all.

We’ll return to my wife’s work drama, but for now, let’s focus on the less dramatic, and maybe even mundane, part of the story: taxes. This seems fitting for Tax Day. The fact that she pays more in taxes than I ever made as a professor is supposedly fair, you see.

And people shout about this fairness from the hilltops. Here’s a typical example—see if you can guess who it is: “My view has always been that we need a progressive tax system which demands that the wealthiest people in this country finally start paying their fair share of taxes.”

That’s Senator Bernie Sanders, a shortlist frontrunner for the Democratic nomination for President, this past weekend. But unlike many of Sen. Sanders’s positions, this one is actually common within the Democratic Party, and has been for a long time.

It sounds so, so good. Who could argue with a fair share? The term drips with justice and civic responsibility. Politically, it’s the policy equivalent of Mom’s apple pie—what’s not to love?

A fair bit, it turns out.

Let’s start with the term itself. “Fair,” obviously, appeals to senses of duty and decency. This is often the emphasized part of the term—a progressive income-tax system is fair. We’ll skip this here—it’ll be the focus of a future article that breaks down some numbers.

But here let’s focus on the second word, share. This part of the term is often overlooked. A share, by definition, includes division of responsibility. It implies that other people are, you know, also sharing. As such, the term hints at togetherness and a sense of community, and perhaps invokes an appeal to our primal, tribal human nature.

Too bad it’s not true.

Jonah Goldberg recently outlined the skeleton of our income-tax system. He notes that 87% of income tax was paid by the top fifth of earners, which is a common talking point among conservatives. This can be interpreted at least two ways: many people, especially on the Right, conclude that the rich already pay their “fair share” and needn’t be taxed further; others, typically on the Left, focus on the fact that so few people make so much of the nation’s income, and conclude that they should be taxed heavily.

For our purposes here, it doesn’t matter which side you’re on.

Instead, let’s focus on another one of Goldberg’s tidbits, also from the Tax Policy Center: 44% of Americans won’t pay a cent in income taxes in 2018. Actually, that number itself doesn’t matter—the number could be 44% or 34% or 24%. Or 4%. Regardless, a non-trivial percentage of Americans aren’t paying federal income taxes, and that number approaches half.

So, almost half pay 0%. Statistically speaking, that must be the “mode,” meaning that it is the single most common tax rate.

0%? That doesn’t seem fair. Or, like sharing at all, actually.

Isn’t it interesting that people who are so, so, so interested in taxing a “fair share” gloss over the fact that nearly half of Americans pay nothing in income tax, which is neither fair, nor a share?

This raises a question: is 0% a fair share at all?

It’s worth noting two points here. First, some people are not only not paying into the system, but are disproportionately taking from the system. Sure, many of these people are the aged, or disabled, but let’s ignore that for a couple paragraphs. For now, let’s focus on the fact that some prime-aged, able-bodied people take money from the government, whether via Medicaid, healthcare subsidies, housing vouchers, or other family assistance. Importantly, many of the people who take more are the same people who pay less, almost by definition. That is, in order to qualify to get money, they have to be of a low enough income that they are guaranteed to pay very little money.

So, forget whether 0% is a fair share; is a negative percentage—taking money from the government—a fair share?

Why isn’t Senator Sanders talking about this?

(Now, a technical point. I realize that not paying federal income taxes is different than not paying federal taxes at all. For example, people who work pay payroll taxes and Social Security, but these are deducted based on the amount of money earned. So, people who make less money—the people who often take from the rest of taxpayers via government programs—are also paying the very least in payroll taxes, for example. Also, because we don’t have a federal sales tax, they are less likely to pay into The Pot at the federal level at all, even if they pay sales tax at the state level in some states. This will be covered more in-depth in the subsequent article mentioned earlier.)

Anyway, as review, we’ve established that federal income tax, which makes about half of the federal government’s revenue, is paid principally by the top earners, while nearly half of the country pays nothing. Also, many people—usually low/zero-income people—not only pay very little into the system at all, but they also actively benefit from the system, undoubtedly resulting in a net withdrawal, or a payment rate of a negative percentage.

That, friends, does not seem to be a “fair share.”

But this leads us to the second point: a fair share of what? What, exactly does the federal government do with its money? Who gets that money? Who should be paying into the system?

It’s a complex set of questions, to be sure. But a quick look at the federal budget reveals that most of the spending benefits, well, everyone, at least in theory. Yes, maybe defense spending funnels to a few players, and people leery of Eisenhower’s “military-industrial complex” have a lot of valid points. However, the bulk of our nation’s federal tax dollars go to just a handful of programs that—again, at least in theory—are in all of our interests.

A quick breakdown: three-quarters of the federal budget goes to three areas, at about a quarter each: Social Security, healthcare (Medicare, Medicaid, CHIP [children], and insurance subsidies), and defense/veterans affairs.

Other things, like transportation, medical research, and education also benefit all of us (yet again, in theory), but let’s stick with the three-quarters figure, just to be… ahem… conservative about it.

So, at least three-quarters of the federal budget goes to things like Social Security, Medicare, and the military. Of course, also included in that figure are monies that go disproportionately to poor people, especially in the healthcare sector (e.g. Medicaid and subsidies). Either way, though, I’m not seeing how any of this—any of this—disproportionately helps the average middle- or upper-class citizen.

But “Tax the Rich!” Senator Sanders says. In fact, it’s the foundation of our progressive income-tax system. The higher earners need to pay their fair share. Again, what’s not to love?

But how, exactly, is a doctor in the North Country obligated to pay more into the system than a professor was? And not only more, but several fold more? How does she benefit more from Medicare and national defense than he does? Why is that doctor responsible for paying for more hip replacements via Medicare and more missiles via defense?

I’ve never heard a good reason. Maybe you haven’t, either.

Also, why is that doctor responsible for paying for more poor people’s health care via Medicaid?

Ah, this is where it gets interesting. I promised that we’d return to my wife’s work drama. See, that woman who was having the baby? Who was screaming at my wife?

For any of her kids, actually.

(Don’t believe me? Nearly half of births in this country are covered by the government.)

But my wife paid. Dearly. She paid more in taxes last year than that woman did, for sure. Or maybe than that woman has in her whole life, perhaps literally. Just sayin’.

Then she got woken up by a pager in the middle of the night and drove to the hospital in the winter. And got screamed at.

I’ve got words for this woman who screamed at my wife. Here it goes:

“Don’t worry, Honey—my wife’s got you covered. In a few senses, probably: my wife’s paying for your having this kid, and all your prenatal visits (that you made it to, anyway), and your kids’ free and reduced lunch, and your kids’ public education, and your kids’ healthcare, and your own healthcare. And to protect you in this country. And to keep the checks coming in your old age, provided the obesity and the smoking don’t kill you first. But, frankly, you’ll probably meet up again before that happens, so you can thank her then.”

Or, maybe she doesn’t have to. According to Senator Sanders and virtually every Democrat running for President, my wife’s just doing her fair share.