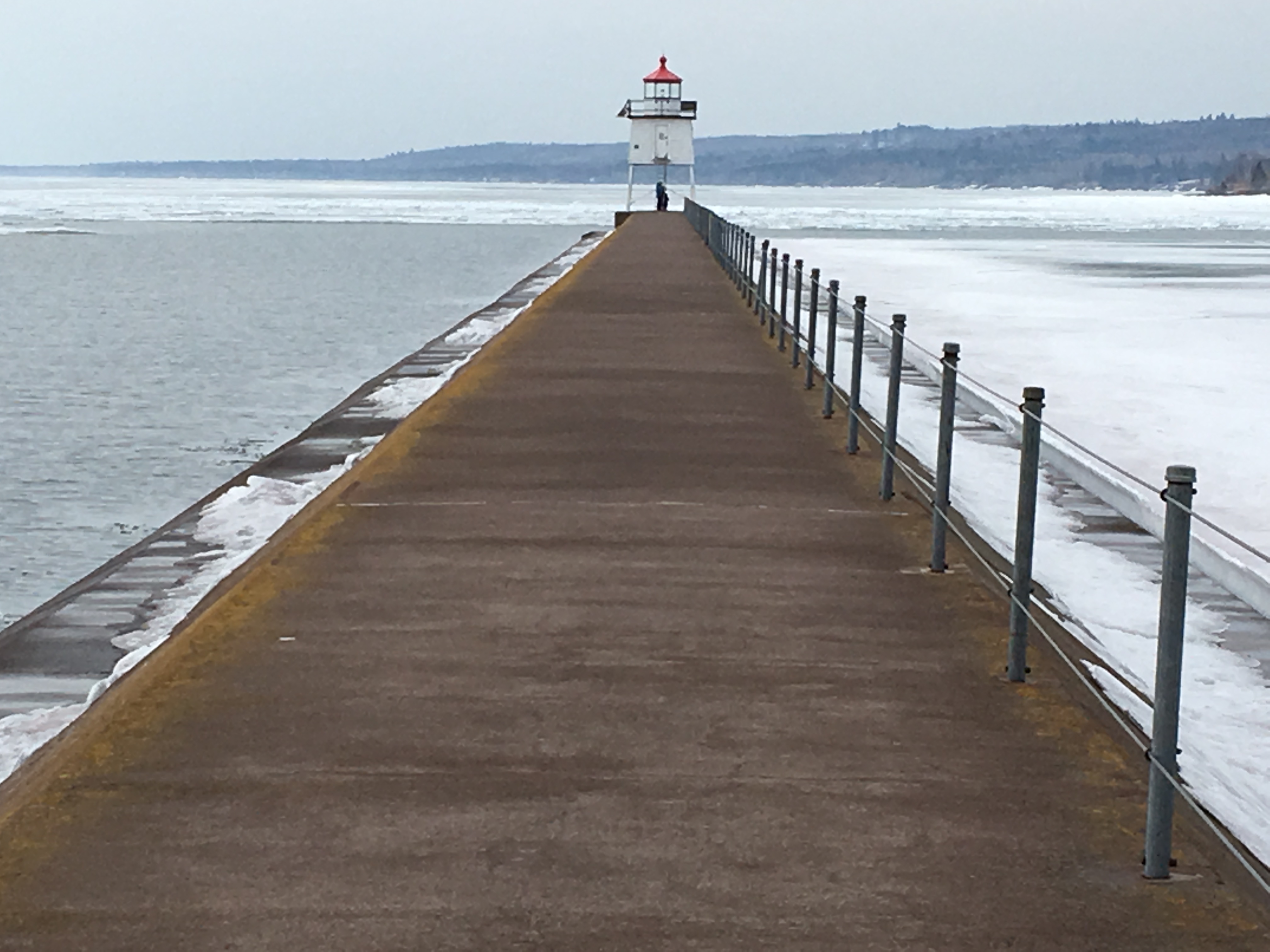 Clear, wet grease crawled up the sides of that brown paper bag. It sat on the counter, soggily erect, saturated with calories. A sack of beef. And cheese. And fried, krinkle-kut potatoes.

And it was awesome.

My life isn’t hard, see, but when you’re seventeen, and when you’ve been cutting grass and unloading grass and tasting grass for what seems like the bulk of July, you get hungry. And because my mother is a teacher, she was home in the summers, and she would usually have supper ready for us when we got home from the last load of the day. It was nice.

But sometimes her car wasn’t home, usually because she had musical practice, or was playing organ for a wake, or had some sort of meeting. And when we pulled into the yard and saw that her car was gone, we got excited.

We’d never backed up that trailer so quickly.

We’d scream into the kitchen, almost literally, covered in semi-dried grass goo, with the little cotton threads at the hems of our jeans dangling rigid, an odd shade of olive. We’d tiptoe onto the linoleum, trying not to shed the fragile grass blades that were dangling to our pants, the remnants of a day of weed-whacking, holding on for dear life, much like how the Christmas tree’s needles clung to Clark Griswold’s sweater, I would guess.

See, when Mom was gone, she’d sometimes—once in a while—go to the town’s only restaurant, at least the only restaurant that was open for supper. And she would get my brother and me burgers. Greasy, delicious, gooey burgers. And we’d split an order of fries.

My mom can cook. But still, what a treat.

We’d stand in the kitchen, reveling in our newfound treasure, ripping into the foil wrappers with those little red lines, tearing into the white, sopping sleeve of fries. Ketchup? No time. Those little salt tabs, with the two bars of salt in white paper? Definitely no time for those—they went flying like confetti. One or two maybe got stuck in the cupboard doors, like little fast-food ninja stars.

The pickle juice mixed with the sweat in our eyebrows. Sesame seeds stuck in our eyelashes.

The whole meal, or feast, or frenzy took under a minute, I’d bet. Then we’d gingerly tiptoe back out to the garage and take off our grass-shag jeans, and mud-crusted shoes, and not-exactly-white socks. We couldn’t have done all of that beforehand, of course—the sack might have been inside.

Fast-forward twenty years, to my routine observations of “kids these days” eating at restaurants. “I don’t want that,” they say. “I don’t want to go there,” they whine. As if there are choices, or something. As if getting food from a restaurant wasn’t itself the treat. As if anyone is supposed to give a flat damn what these little punks—who aren’t paying, of course—want.

Imagine such a kid, barely hypothetical, watching my brother and me tear into greasy burgers in our kitchen twenty years ago. Imagine one burger was for him. Imagine that kid pulling this stunt: “I dunno…what kind of cheese is it? Is it medium-rare? Is there bacon?”

Not getting exactly what he wants would be, you know, some sort of injustice.

Imagine us staring back at him, pickle juice dripping from our chins, a wayward krinkle-kut fry stuck in one sideburn. And mouth agape, grease dribbling out of one corner.

“Nope,” my brother would bellow with a stuffed mouth, inhaling another fry or seven. “But it’s okay,” I chime in between pickles, “we’ll have yours.”

But this isn’t about the demise of youth, really. It’s about all of us, living this 21st-century-American life of choice. Where we’ve all got options. And where we all develop preferences. And left unchecked, those preferences start to matter to us. And then, we can’t imagine life without them.

A popular television show put it well: someone says that one character with a lot of quirky preferences doesn’t have a personality—just some shows he liked.

So it goes with all of us, to varying degrees. Much has been written about how our society has turned inward, how we’re “Bowling Alone,” and how our consumer culture has fostered that shift. But it’s worth rehashing briefly to make the point that all of this is about our frame of reference. Not only did my brother and I not care about what kind of cheese was on our burgers, we didn’t care whether they were burgers at all. Or whether they were even still warm. We were grateful, regardless. Hunger does that, sure, but the root is that, as small-town kids, our frame of reference was limited for us, because the food options in tiny towns are often few and far between.

And the generation before us had an even simpler, probably better, frame of reference. As kids, we took store-bought flour for granted, for example. And white sugar. I’m reading Laura Ingalls with my son, and that makes a guy realize how all of us—all of us—are like whiny children in some ways.

These days? We don’t limit that frame of reference. At all, it seems. It’s as if we spend our waking lives doing little but managing our preferences. And working, of course. But at home, how much of our lives are spent preferring, and acting on those preferences, like we have nothing else to do? Heck, how much of our relationships—how much of what we call “loving someone”—has to do with just understanding and anticipating preferences about stuff that doesn’t actually matter? This is a big deal—too big to outline in one article, especially one that is aimed at something else.

Circling back, preferences matter, but not in the way that we think. As we all get more and more options in entertainment and consumption (on-demand television? ship-to-your-door shopping?), we all become accustomed to getting exactly what we want, and now (!), at least most of the time.

And sure, that becomes a pain when some of our children order at restaurants. More important, though, is that it makes all of us less inclined to compromise, I think. It resets our frame of reference to a frame of preference, where anything that we don’t like—that we merely don’t prefer—becomes, you know, some sort of injustice.

This becomes especially apparent in our politics, and the problem is bipartisan. I’m reminded of when some liberals were angry—were outraged—when Mitt Romney made some off-hand, largely inconsequential, supposedly racist comments during the 2012 presidential campaign. That was injustice.

Then, of course, they got a look at the 2016 nominee, and the frame of reference changed considerably.

Or when conservatives were angry—were outraged—at Obama’s supposedly socialist stances, despite the probably empirical fact that those policies would often qualify as merely left-of-center, or that his own party thought they were far too moderate. That, to some conservatives, was injustice. But then they got acquainted with Bernie Sanders, and again, the frame of reference changed considerably.

Now, maybe Romney said things that were indeed racist, and maybe Obama did things that did indeed lean socialist. And yes, there’s always, always something worse, and that doesn’t mean that something else is good. I don’t much care here. Instead, I want to point out how poorly, poorly, poorly calibrated we are to even have conversations like that at all.

Should we be surprised when a culture that compromises so little in daily life is so unwilling to compromise in political life?

Politically speaking, we’re sounding more and more like the little punks who will always find a reason to complain. We’re not being the Adults in the Room, to be sure. Instead, when we hear nonsensical talk of invented injustice, we should stand there like those boys in the kitchen, mouth agape, speechless. With or without a wayward fry in a sideburn, I suppose.

Of course, maybe that’s the problem: we are speechless. We let the faux-outraged, the semi-offended, the knee-jerks do our talking for us. Maybe all that we little people can do is, you know, start a little website and talk about it. Or, share that little website on social media—to each his own.

More generally, though, how do we fix these bigger problems of our hyper-preferencing? (Well, one idea involves a different—but not necessarily greater—level of involvement in politics, and that’s the topic for another time.) For now, I’m merely pretty sure that, like many things, the answer starts at home, and in our heads. We all know that we consume too much, and that we have gotten picky, that we’ve grown soft. Or, at least most of us do. And maybe—maybe—we could curb that a little bit. Or, at least understand how picky we are, and rather than feel guilty about it, maybe understand how fortunate we are. Maybe that would build a newfound sense of gratitude for our lives. Maybe.

On top of that, though, I find myself realizing that my preference-laden way of life might be bleeding into other arenas, like how I think about the direction of our country. It might be affecting whether I think something is an outrage, for example, or even qualifies as a problem at all, really. Compromise takes work, and by definition involves some things—some things—that you might dislike.

Like that burger when you’re hungry, sometimes the details—the details—of our politics don’t matter, at least as much as we pretend they do. America is actually a pretty good place to live, it turns out. That doesn’t mean we should be apathetic, of course, but at the same time, we seem to have forgotten how good life is. At least, you couldn’t tell the difference from listening to us. And all of that outrage—real or not, warranted or not—manufactures more outrage, which spirals out of control.