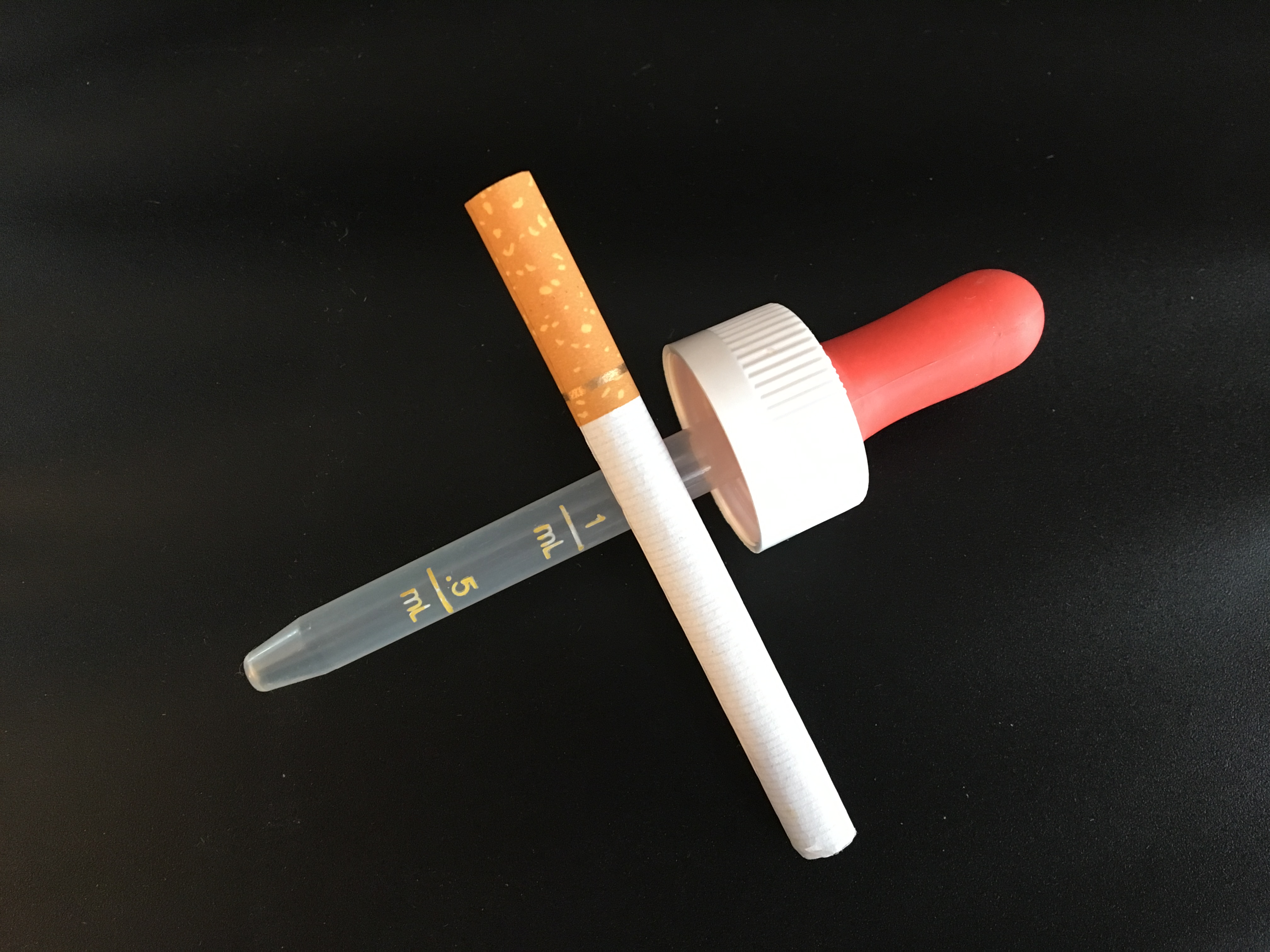 Sit in a coffee shop in middle America and you’ll see, time after time, people waddling away from the counter, with sugar-struck smiles amidst their chins, holding what appear to be quadruple double whipped frappe mochaccinos, liquid chocolate under a plastic dome of decadence with a mile-long straw that somehow doubles as a spoon, with extra cream, and with an extra cup of sprinkles.

And, one would hope, an extra shot of insulin. Yikes.

Well, maybe if there were a Barge Division.

Ha. Yes, we’re talking about this now. Why? Because if we believe the popular Democratic presidential candidates and most of the Democratic Party, especially its members in the US Senate, taxpayers should be responsible for paying for each other’s healthcare costs. And with obesity being a well-documented health problem, and an expensive one, other people’s being fat would cost me money (even more than it already does via Medicare and Medicaid).

So yes, with all of our checkbooks on the line, I think we can start calling out “these people,” in order to demonstrate where the line between “my business” and “your business” is, or isn’t.

For the good of the group, I mean. We’re all in this together, remember?

And by “these people,” I mean those who have never ordered anything small or medium in their lives: a latte, a soft drink, an order of fries, and definitely not a t-shirt. Ever. It turns out that what you eat—what you choose to eat—affects your health. And, if one of our two major political parties has its way, our bottom line.

It doesn’t have to be this way, but it is this way, largely because we fail to make one key distinction: we call everything that goes on in a hospital or clinic, for any reason, “medicine.” Apparently, all of this “medicine” is the government’s business, and should be on the taxpayers’ dime, no matter if the patient is blameless and the poster boy for empathy or if the cause was obviously, stupidly, gluttonously self-inflicted.

And that, friends, is a horrible policy position, even if it’s often sneakily unstated.

Behold the absurdity of this political misdiagnosis. What would we call cleft palate surgeries for kids? Medicine. Fair enough. But what about knee replacements for five-foot-tall women who weigh as much as NFL linemen, and whose knees oh-so-shockingly give out at forty? “Medicine,” too, apparently.

Blood transfusion for a hemophiliac? Medicine. Liver transplant for a raging alcoholic? “Medicine.”

Skin grafts for a kid who gets boiling water spilled on him? Medicine. Skin grafts for the frat boy who tried to shoot a bottle rocket out of his ass? You guessed it: “Medicine.”

I guess Democrats are being true to their word: universal healthcare would indeed be universal. People who have single-handedly, double-fistedly ruined their bodies can come running, or hobbling, or wheeling.

Of course, many of these people have no underlying syndrome, unless someone is willing to propose out loud that gluttony, or stupidity, is congenital. And, while they’re at it, they might as well propose that any gene for gluttony or stupidity is on the same chromosome, tightly linked, as the genetic mutation for sloth. And maybe those genes are epigenetically activated by the sight of cupcakes, or expressed only in the sub-species of human who somehow biologically cannot resist the sight of a buffet, or eating a meal for seven at that buffet.

In short, these people aren’t “sick,” at least in the common use of the English word. They don’t need “medicine” like the kid with pneumonia does. Especially “medicine” that we’re all paying for.

So, yeah, as a nation we are talking about this now. We all, all, all struggle with consumption of various substances, and limiting our risky behaviors, to varying degrees. And yes, some people might have genuine, insurmountable problems controlling themselves. But these truly suffering people must be—must be—a small fraction of our population. And yet somehow I see just about that many people in a single afternoon in a chain coffee shop, walking away with enough sugar to feed an ant farm, with enough cream to drain a dairy farm, grinningly proud of themselves for discovering how to turn a calorie-less substance like coffee into a literal thousand-calorie pancreas punisher.

Maybe these people need the caffeine buzz and the sugar high to stay awake long enough to feed themselves.

Okay, okay—enough. But seriously, a healthcare system is not a workable system if it can’t distinguish between the people who need help and the people who don’t. Are markets good at that? Strictly speaking, not really. But which is worse? Maybe reasonable people can disagree, but let’s stop pretending that universal healthcare merely solves problems, or is a strictly moral venture. It’s got gaping holes, too.

Distinguishing between needy and irresponsible is the politically unpopular part of any healthcare system. In the case of universal coverage, it’s the other side of “we’re all in this together”: accountability to each other.

And yes, privacy concerns in healthcare make that difficult. But it’s not optional just because it’s uncomfortable. You can’t open the checkbook so wide that all the money just dumps out. Not in this country, anyway—the fattest country in the history of countries. The creation of a system that doesn’t address commonsense abuses like obesity and smoking and drinking and stupid risks shouldn’t be considered a serious proposal at all, in fact. Yet here we are, talking about it. Baffling.

To allow such open-ended payment for “medicine” (again, more than we already do with Medicare and Medicaid) would literally codify irresponsibility. And this level of irresponsibility is not only expensive, it’s dangerous precedent. If people’s own bodies are not their own responsibilities—at all—then nothing can be anyone’s responsibility. Proponents of universal medicine apparently haven’t thought about this, or don’t care, or find it politically inconvenient.

Logically speaking, this is not a classic slippery-slope fallacy, either. In America, obesity is the rule, not the exception. Such abuses are real, and all too common, examples that can serve as test cases, or maybe thought experiments. In fact, a policy that fails these tests would seem to experiment with the boundaries of functional citizenship.

Speaking of citizenship, let’s switch to a more positive note: kids. It might surprise you that I’m not fully—fully—opposed to spending government money on kids’ healthcare. (I’ve got some problems with it, of course, like who pays in and how you control who takes out [number of children, due diligence toward health, etc.]) However, as far as government-funded medicine is concerned, it occurs to me that if there’s one place that we can even approach agreement across the political spectrum, maybe—maybe—it’s for kids.

Bear with me, but kids are not adults. They are not fully functioning citizens, notwithstanding efforts to allow them to vote. We treat minors differently precisely because we have agreed that they cannot be held responsible for much of anything, really.

The argument for child-healthcare spending, best I can tell, is that children cannot pick their parents, and they are beholden to their parents’ choices, socioeconomic situations, and income levels, so the humane thing to do is provide these kids with some modern healthcare. Yes, doing so bails out irresponsible parents, but the cost of a nation full of unhealthy children, who are unknowingly setting their healthcare trajectories for life, is supposedly too great. Maybe literally.

Fine. If we ignore some major principles and logistical hurdles of current child-healthcare policy (e.g. CHIP), I’m almost compelled by this argument. In fact, for today, let’s say that I’m fully compelled by it. Let’s say I’m compelled by the argument that we should support child healthcare because the kids can’t be held responsible for their actions. You know, because they’re minors.

If that’s true, then Medicaid for All inadvertently treats everyone like… children?

Please, please, please tell me the reasons why adults—fully functioning citizens who are not minors, even if they are major screw-ups—should be treated similarly to kids in this way. Please. Seriously. This would help.

Further, please tell me why it’s my fault, instead, and why I should pay for it. Riddle me that.

But it’s all “medicine,” right?

So yes, let’s switch the healthcare discussion, at least for a second, to paying for kids’ healthcare. And let’s have that conversation on the strict condition that every time we make a concession for minors because they’re minors, we strip that concession from adults. Every time we say “But they’re kids,” we reciprocally remind ourselves that adults are not kids, and should therefore be treated differently.

I’m not a politico, but maybe this is what political compromise looks like today.

Policies that treat adults indistinguishably from children should not be taken seriously. Also, policy proposals that provide no limit to spending, and no limit to tolerated irresponsibility regarding that spending, should be career-enders for politicians. Yet, it seems that literally dozens of Democratic presidential hopefuls are in a political shin-kicking contest to see who can most treat us like children, with the issue of healthcare as the leading plank of the platform.

One sees the point, I guess: we adults have started to resemble children. After all, we appear to be chubby, naïve, whiny, uninformed, reactionary proto-humans. Who shirk responsibility, too. Sound familiar?

C’mon, people. This has to end, and soon.

When it comes to universal healthcare, it’s time to stop kidding around.