Losing the Race in College Sports (Part 3 of 3): Big-Money Sports vs. the Classroom 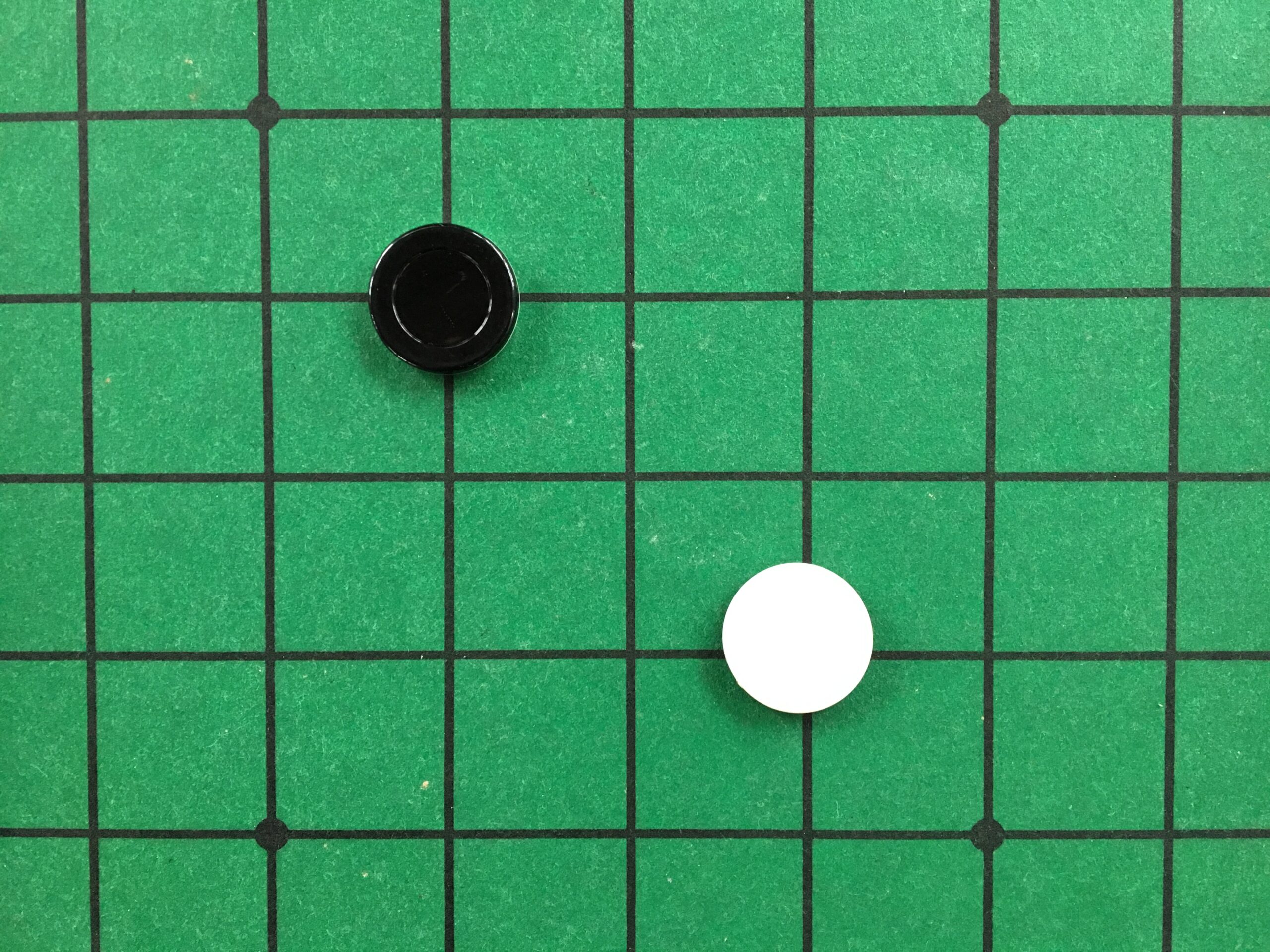 The first installment in this series examined whether black, male student-athletes, and black students generally, are fairly represented on campuses of universities that participate in major-conference athletics. The second installment analyzed the effects of race on classroom performance, both among athletes and in the general student population. This part of the series examines black athletes’ graduation rates when they play big-money college athletics compared to lower levels of competition.

“Black Men Will Play and White Men Will Profit.” So says the title of a Washington Post piece by Professor Shaun Harper, who released a scathing report of racial disparities in college athletics. The report (“Black Male Student-Athletes and Racial Inequities in NCAA Division-I College Sports,” known henceforth as “the report“) was featured by more than 500 media outlets, often under titles like the one above. It presents some striking statistics as evidence for the alleged exploitation of black student-athletes, including how black, male athletes have especially poor academic outcomes when they play big-time college athletics. Here we reconsider some of that evidence, and present some important context that the report omits.

The NCAA has made a point of publicizing the fact that across all Division-I schools, black, male athletes graduate more often than black males in the student body generally. The report cites this claim, and then notes that the trend is reversed (i.e., athletes graduate less often than students) within the elite, major-conference schools, as we have also shown (Part 2). This reversal seems to reveal a decreased emphasis on education, or maybe decreased academic talent, among elite athletes.

However, black student-athletes’ relatively poor performances at major-conference schools are not due to especially poor coursework, or to burdensome extracurricular demands on student-athletes, as is implied. Instead, the disparity between athletes and other students has little to do with the athletes and more to do with the student bodies, which can vary greatly depending on the type of school.

The major-conference schools are only a subset of Division-I athletics, which actually includes three distinct types of schools. The first distinction separates schools into two subdivisions: the schools whose football teams are eligible to participate in the popular bowl-style postseason that dominates television each holiday season (the Football Bowl Subdivision, or FBS), and the schools that are not (the Football Championship Subdivision, or FCS). The more popular FBS is itself divided into two groups: the five conferences that contain virtually all of the largest schools and powerhouse football programs (the Power-5 conferences) and the other five conferences (the Group of 5). In general, the hierarchy of athletic programs in Division-I college athletics is, in descending order, the Power 5, the Group of 5, and the FCS. As examples, consider that the Power 5 includes the University of Georgia, the Group of 5 includes the Georgia Southern University, and the FCS includes Savannah State.

As mentioned, among black men at all Division-I schools, athletes graduate more often than other students, while the trend is reversed within the Power-5 conferences. Interestingly, though, black, male student-athletes graduate at the same rate within the Power 5 as they do across all of Division I (55% vs. 55%). In fact, graduation rates of black, male student-athletes do not differ, statistically speaking, among the Power 5 (55%), the Group of 5 (54%), and the FCS (55%). Black, male athletes graduate at indistinguishable rates at all types of Division-I schools, regardless whether they participate in big-money athletics.

The differences between the groups of schools lie not with the student-athletes, but with their classmates. In the lower tiers of Division-I athletics—the Group of 5 and the FCS, at places like Georgia Southern and Savannah State—black males in the general student body graduate at rates in the low- to mid-forties (40% and 46%, respectively). Black, male students at Power-5 schools, on the other hand—at places like the University of Georgia—graduate 60% of the time, which is significantly higher than the universal 55% average of black, male athletes.

Overall, then, black student-athletes do not graduate at especially low rates at Power-5 schools, and in fact graduate at indistinguishable rates regardless what kind of Division-I institution they attend, contradicting the claim that playing big-money athletics significantly hinders academic performance.

This finding makes intuitive sense. The Power-5 conferences include virtually all of the powerhouse football and men’s-basketball programs, but they also include many of the powerhouse academic institutions, including virtually all of the top public research schools. It should come as no surprise that the nation’s finest public research institutions attract a different caliber of student than the rest of the large and mid-sized public schools in the country, many of which are in the Group of 5 and the FCS. Said another way, the student bodies at schools like Michigan and Texas are different than at Eastern Michigan and Texas—El Paso.

This trend is not limited to black men, either. All males graduate at rates in the low- to mid-fifties at Group of 5 and FCS schools (51% and 54%), but about three quarters of the time at Power-5 schools (74%). Adding women to the mix changes the numbers only slightly (55% and 58% vs. 76%). Like we saw with graduation rates at major-conference schools in Part 2, the patterns of graduation rates among different types of Division-I schools persist regardless of sex and race.

These statistics are not aimed at downplaying the poor academic success rates of black, male student-athletes at Power-5 schools. Instead, they are aimed at highlighting the poor academic success rates of all male athletes at Power-5 schools, regardless of race, and indeed of all male students across Division-I schools, regardless of race and athlete status. That is, male college athletes may graduate at lower rates than we would like, but they may graduate at low rates in no small part because, quite simply, they are males in college, who graduate at low rates nationwide. Being an athlete is part of the story, but it is seemingly a small part of that story. Further, being a big-time athlete does not seem to be part of that story at all.

At the very least, these findings suggest that if college athletes are burdened academically, especially in high-revenue sports such as basketball and football, then those burdens are not specific to race. The degree to which black, male athletes graduate less often than their white counterparts is no greater than the same pattern in the student body generally (see Part 2). Further, we see here that the academic failures of black, male athletes appear to be independent of whether the school is generating revenue as a result of their extracurricular efforts.

This last point contradicts the report’s general narrative of exploitation of black athletes specifically. The logic of this narrative seems to center on black athletes’ low graduation rates at Power-5 schools, which apparently represents a sort of bait-and-switch wherein the schools lure the athletes to enroll at high-level institutions but inhibit their academic pursuits, all in the name of profit (e.g. “Black Men Will Play and White Men Will Profit”). The data show otherwise. Compared to other Division-I schools, Power-5 schools give athletes the opportunity to perform at higher levels of competition, in nicer facilities, and in front of bigger crowds. Power-5 schools also give the opportunity to study at excellent academic institutions—at no apparent cost to black athletes’ academic success compared to other Division-I schools. For these reasons, it is no surprise that athletes of all races jump at the opportunity to compete in the Power-5 conferences.

It is curious, then, that the report concludes that Power-5 schools are especially poor choices for many black student-athletes. Ironically, the data suggest that black athletes may be better served, all things considered, at Power-5 schools compared to many other schools in Division I.

Based on findings like those outlined here, we might consider refocusing our national discussions about college athletics. First, let’s stop parroting claims about overrepresentation on college campuses, which is primarily due to black athletes’ dominance on sports rosters, which no one advocates changing (Part 1). We should also consider the academic success of all student-athletes in the context of several factors, including sex, race, and status as an athlete, instead of focusing so narrowly on specific sub-groups (Part 2). Finally, let’s steer away from language of victimization of student-athletes, or at least victimization based on race, because a deeper look at the data undercuts arguments to that end (Part 3).

Of course, our national discussions of the economics and academics surrounding college sports are both important and complex. However, as we continue discussions about college athletics, let’s consider losing the race.