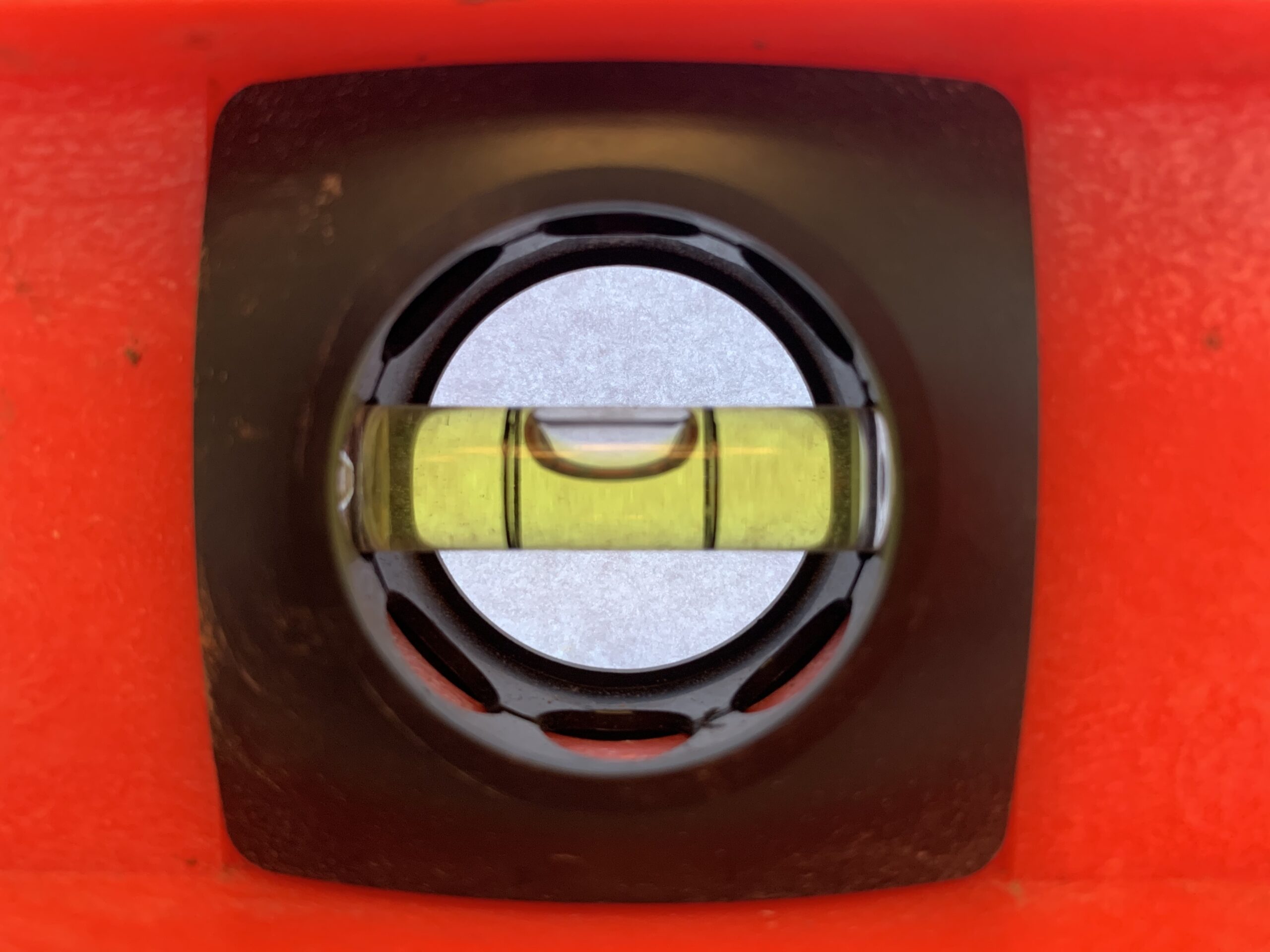 Imagine that we didn’t pay income taxes online, or by check. Imagine that we paid them in person, in cash, on Tax Day. Maybe everybody in town would bring sacks of cash to the Central Tax Pit and dump them in, Scrooge McDuck-style.

Imagine that it was the end of a shift at the nearby hospital, or clinic, or nursing home, and a shift’s-worth of nurses walked to the Pit across the brown, mid-April grass, single file—a parade of pink and purple scrubs coming to pay their penance to the body politic. Colors aside, it would be quite a sight.

First in line would be some high-school kid, the lowest of the low: the certified nursing assistant, or CNA. CNAs aren’t allowed to do much besides clean things, including the bodies of the residents—important work, to be sure, but less than glamorous, and I can tell you firsthand that it doesn’t pay well. The CNA would pull out her purse and drop a small stack of cash into our Tax Pit.

Next is the licensed practical nurse, or LPN, who has gone to a two-year school and can therefore do more than a CNA, like monitor vital signs or do very basic procedures. She therefore makes more money, and would reach into her purse and take out a bigger stack of cash, or maybe a couple of small stacks, and dump her share into the Pit.

Next comes the registered nurse, or RN, who is higher up on the cafeteria food chain, usually with a four-year degree and more licensing. As a result of her being a more highly trained nurse with more responsibility, she gets the privilege of dumping quite a bit more money into the Pit. It’s so much more that she has to bring a backpack. It’s probably stylish with lots of zippers. And it’s probably pretty clean.

Then the nurses with their purses and backpacks would scoot aside because a doctor shows up with a wheelbarrow.

We live in a country with a progressive income-tax system, meaning that higher-earning workers pay higher percentages of their earnings. This is supposedly fair, but I’m not so sure. To start, I’m on the fence about why an RN should have to give our government more money for missiles than an LPN, for example. One would think that they would be equally served by the missiles, or the roads when they’re driving to the hospital, or Medicare when they get old, or Medicaid… never (because they’re working as nurses). It is not clear to me why one nurse should pay more than another for these things, which together make up an overwhelming majority of our federal budget.

Nurses, like many people in the service sector of the economy, earn money based not only on hours worked, but on education and responsibility—the more schooling and certification you have, the more you earn. And, therefore, the more you dump into the Pit. But why do we punish people who go to more school? Why does the CNA put a purseful of cash into the pit while the RN brings a backpack and the doctor brings a wheelbarrow?

Part of the answer, I think, is that we confuse income from labor with other forms of wealth accrual, like capital gains—this is a topic for another time. But more confusion comes from our language. Champions of the progressive income-tax system, who are typically from the left of our political spectrum, are quick to bleat out its supposed moral imperative: that high-earners need to “pay their share.”

So let’s grant them that. Let’s say that the CNA and the LPN and the RN and the MD—who all come to the Pit from the same hospital, after the same shift, after helping people in different ways and wearing different colors of scrubs—should drop different amounts of money into that Pit. Let’s say that it makes sense that CNA should pay half what the RN pays because she earns half as much. Let’s say she should pay one tenth of what the doctor pays because she earns one tenth as much. I’m not sure that’s true, but let’s pretend.

I guess that seems kinda fair, yes? Or at least elegant and simple? Earn twice as much, pay twice as much—that’s gotta be someone’s definition of a “fair share.”

Or, maybe people who earn more have taken more from society, so maybe they should pay more back? Again, I’m not so sure, but it seems to match the rhetoric for the progressive income-tax system, at least, both in spirit and in letter. The typical liberal, or even Bernie Sanders, would have to be giddy about such an earn-more-pay-more system, I would guess.

But that guess would be wrong.

In our political-speak, “flat tax” somehow translates to “everybody paying the same.” If it’s mentioned at all, it’s as some sort of Forbes-ian, libertarian, ideological pipedream. Here’s the confusion, or the rhetorical trick: instead of talking about actual dollars that people pay, we talk about rates, or percentages.

The flat income tax—where everybody pays the same percentage—isn’t “flat” at all. In terms of dollars paid, it’s… wait for it… naturally progressive: if you earn twice as much, you pay twice as much. The “flat tax” means a flat tax rate, not a flat tax amount.

Our language about taxes has become warped—like a joke straight out of calculus class, where freshmen conflate change and rate of change. After we straighten that out, progressives’ demands for fairness seem to be met, perhaps counterintuitively, by a “flat tax.”

And yes, a flat tax rate means that higher earners do indeed pay more. Not a little bit more, either: for every extra dollar they earn, they pay the same number of cents as the people on the bottom of the ladder. There’s no “break” for high earners. (Maybe there should be, but there isn’t.) But instead of hearing about these details—or, you know, critical features—of a flat tax, we hear politicians and pundits imply that the flat tax is irresponsibility masquerading as egalitarianism. The flat tax supposedly lets the rich get away with their ill-gotten millions.

You know, those damn RNs.

So, in the name of fairness, we’ve implemented a truly progressive system, where the MD with ten times the CNA’s earnings pays waaaaay more than ten times the taxes, and that’s before deductions. In our truly progressive system—where the tax rates, not just the taxes paid, increase—the CNA would still pull her taxes out of her purse and drop them into the Pit, and still scoot out of the way of the MD, but this time there would be no wheelbarrow. Instead, she would see the MD’s face in the side mirror of a dump truck. Thankfully it’s beeping as it backs up.

Sure, politicians will always talk about fairness, or paying your fair share. And again, maybe making money off of other people’s labor—capital gains, as a common example—should be taxed non-linearly. But when it comes to federal income tax, I’m still wondering about a super-flat system of actual taxes paid, where every citizen pays the same number of dollars for missiles and Medicaid. Actually, such a super-flat system would still seem especially generous, especially to the poor, considering that the people who are paying income taxes at all typically don’t use a lot of the programs they’re paying for. We don’t talk about this; it’s apparently a political non-starter.

Regardless, I’m willing to listen about a flat tax rate, where people who earn more pay more—that might make some sense philosophically, or at least logistically. But if a super-flat tax amount is already generous—nurses paying taxes for Medicaid that they will never use, for example—then a flat tax rate is extra generous: the RN and LPN both pay for Medicaid, but the RN pays more.

That’s right: contrary to the language that we use, the flat tax rate might not be just generous, but extra generous. And by calling it “generous,” I might mean “exploitative.”