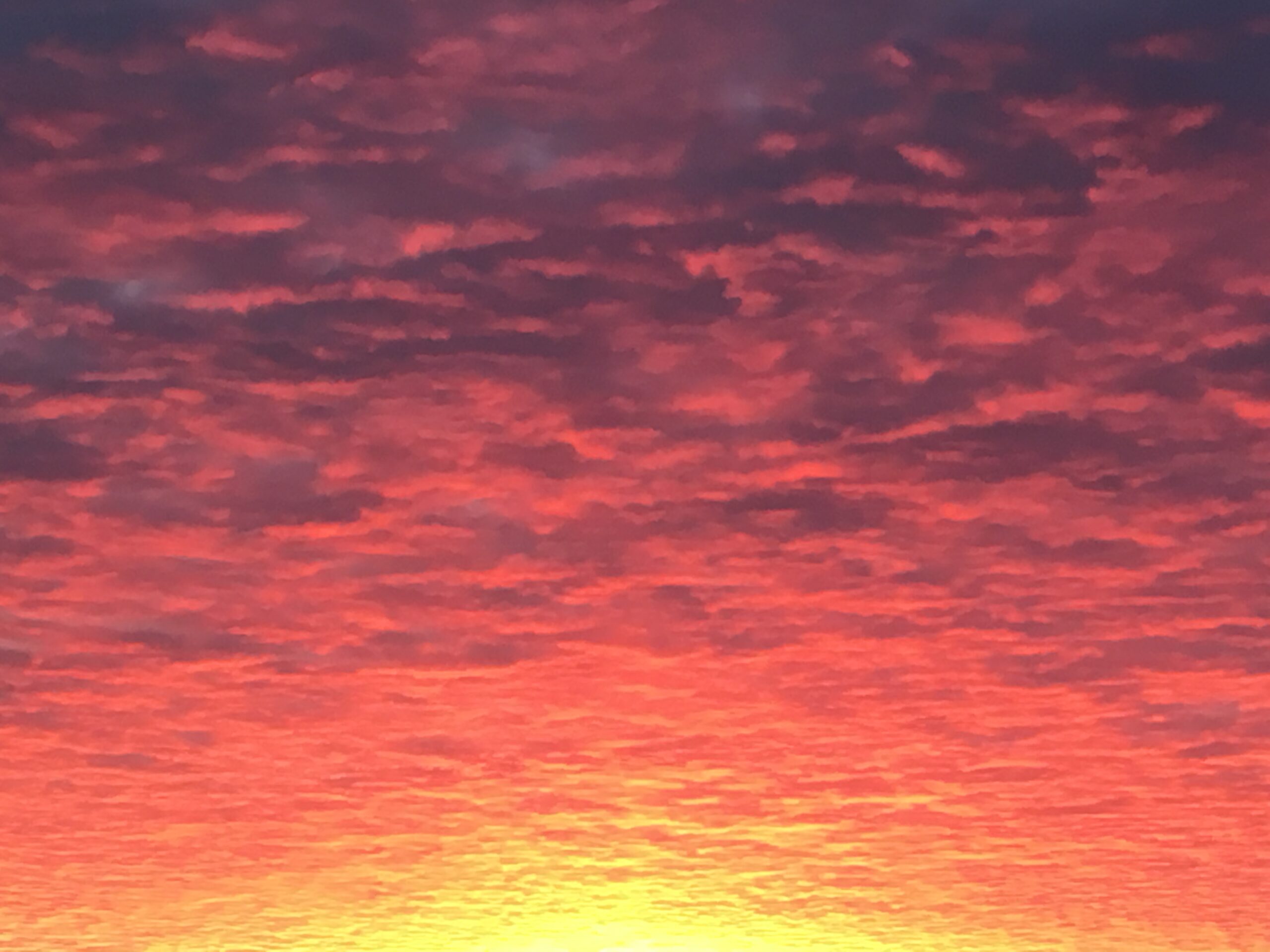 By writing this I hereby forfeit the popularity contest that I was never going to win. Friends, I come bearing inconvenient news: we’ve missed the point about the coronavirus.

Yes, yes, this flavor of coronavirus is, indeed, a big deal. And we should be sensitive to those people who have been affected by it, whether economically or tragically or even emotionally.

But that can’t be where it stops. It might surprise you to learn that I’m hopeful about all of this. Specifically, I have hope for humanity’s ability to simultaneously hold two thoughts in its collective head: 1) coronavirus is bad, and 2) for most of us, a virus-filled life isn’t that bad.

And no, what follows isn’t strictly a Pangloss-ian lecture of “hey, count your lucky stars—it could always be worse.” Instead, I’ll try to point out that, for all the hysteria and histrionics that we read and hear these days, you’d think this is Ebola, and that humankind is doomed. Devastating!, they say. Life Completely Upended!, they assert without question. Well, by some metrics, I guess that’s true.

But by other metrics, it’s false. Data from country after country after city tell us that this virus—the supposed fall of humankind, this natural disaster of epic proportions—seemingly affects a narrow subset of the population. What is that narrow subset? Frankly, those who are living on borrowed time in the first place. Those who are at highest risk—or, perhaps the only ones who have significant risk at all—are the very elderly, the immunocompromised, and those with non-trivial respiratory disorders.

Not kids. Not otherwise healthy adults, middle-aged and below. Not even the majority of the elderly.

A world-ender this is not. Couldn’t tell from listening to some of us, though.

This is Impolite, with a capital I, I suppose. By the same logic it’s also capital-I Insensitive. And I don’t mean to trivialize anyone’s suffering or tragedy—as far as any one human is concerned, it’s undoubtedly as real as any death or illness or tragedy, regardless its cause.

But at the exact, hair-splittingly same time, this unique virus and its target demographic are ironically revealing the other side of our 21st-century coin. Our post-industrial society allows the continued thriving of the very people whom the virus affects most: elderly people and immunocompromised people, et al. And that’s a good thing. But that super-abundant, super-accommodating society also poses some hazards, e.g. the astounding urban crowding and international connectedness that enable a worldwide pandemic. The same lifestyle and post-industrial marvels that have extended our lifespans have also lulled us into a false sense of security, or encouraged the delusion that our marvels are some kind of new normal. That they’re an inevitability of humankind, a providential decree of consumerism, a ratchet of comfort that can’t be turned back.

They’re not. On the arc of human history, we’re all—all—on borrowed time. And even this virus—this seemingly surgical virus that homes in on those of us who have borrowed for the longest, or with the highest interest rates—is opening our eyes to that fact. And we don’t like it.

The rest of us, those not at risk, would rather focus on other things, see. Like the virus itself, and how it’s changing this post-industrial lifestyle of ours. Millions and millions of words and breaking news-es and breathless screeds and finger-pointing, all because our world is so, so different now. Like how we have to, you know, live in our homes for a while. The horror.

Don’t shoot the messenger. I’m not some former Army Ranger, some impressive physical specimen who is chastising the masses with a semi-Malthusian diatribe of letting the weak and the sick and the old die off. I’m far from a physical specimen myself, and I wouldn’t last very long in the jungle, or even on the prairie one hundred years ago, probably.

Nor do I have some sort of population-cleansing agenda. I worked in a nursing home. I deliver meals on wheels. People I love are in high-risk categories, and some have high-risk jobs.

But we’re all vulnerable. In some sense, we’re all on borrowed time—just some more than others. And when we’re presented with a threat to our perceived invincibility, we’re panicking as if we’re considering our human fragility for the first time.

Some of us are hyperventilating about this virus, and it’s really just the J.V. team of viruses—not seventh-grade, and not PeeWees, but J.V., nonetheless. Even in the hardest-hit areas, where our healthcare systems are swamped, we’re seeing death and severe illness primarily in the relatively small demographic groups mentioned above. But the biggest reason that our healthcare system is swamped at all is because it was built to meet the needs of a population with much lower levels of, you know, trauma and death.

Which, on the scope of human history, and considering the size of our population, speaks volumes, actually.

It is Impolite and Insensitive to talk about the elephant in the room: that what we’re really mourning on a mass scale is the disruption of our precious, cozy lives. You know, how we can’t eat out… so are forced to take out instead. Or, how we—gasp—need to cook at home. And spend time with our kids. (Why’d we have so many, anyway?) Egad, we’ll have to stay at home, with our families, for maybe a few weeks straight—without sporting events on television! You know, like every pioneer family ever did.

But unlike those pioneers, we’re still going to the 21st-century grocery store. We’re still bringing that food home and putting it into push-button ovens with lights. Overall, we’re still commanding a volume of resources that is enviable not only on the arc of human history, but in many parts of the world today. Virus or not, on unemployment insurance or not, we’re still living a lifestyle more lavish than most kings in the history of humankind.

So stop. Just, just stop. This might be bad, but it’s still pretty good.

My condolences to those who have lost loved ones, or who have lost their livelihoods. That pain is real, and it’s as real as if it had happened for other reasons.

The rest of us? Literally most of us? Take a look in the mirror, or at the reflection of your face in whatever screen you have on right now. Are you struggling? Is this that bad?

Chances are, no. Especially compared to… well… pretty much anything.

The 2020 Viral Equinox will convince many Americans that the world is ending. Or, at least they’ll act and talk as if it were. But if I’m allowed to be hopeful again, in others the virus might instill a new sense of gratitude. But even then, gratitude for what? That we were spared? That we weathered the viral storm, only to wait for the next one? That the economy picked up again?

That misses the bigger point. Our era of humanity has a newfound crisis, but not a virus, or a bomb, or a famine. Our crisis is handling a false sense of invincibility so great that it would make our ancestors truly marvel, or blush. Our crisis is not kidding ourselves about how we so routinely defy the laws of nature, to the point that we’re Devastated! when we can’t defy them anymore, even if just temporarily.

Our crisis is learning not to demand the extraordinary, even if it’s become our ordinary.

On the timescale of human history, this invincibility is our truly novel virus—it has spread quickly, and everyone has been affected. The antidote, it seems, is less novel: humility and gratitude. It’s because of a lack of humility that we can feel so surprised and Devastated! when the laws of nature, like our phones, autocorrect. Further, our gratitude might be best aimed not at how we were spared and remain here, but that we were ever here at all.

And if that’s unpopular, or Impolite, or Insensitive… I’m fine with that.

Sure, let’s stay home, America, but not just to avoid the coronavirus. Let’s put our borrowed time to good use. Let’s stay home, with our families, and take a healthy dose of the medicine that has served the rest of the human race so well for so long—a dose that we seemingly haven’t taken for a while: humble pie.

Cooked in the oven, with buttons, and a light, of course.