The Hidden Diversity of Rural America 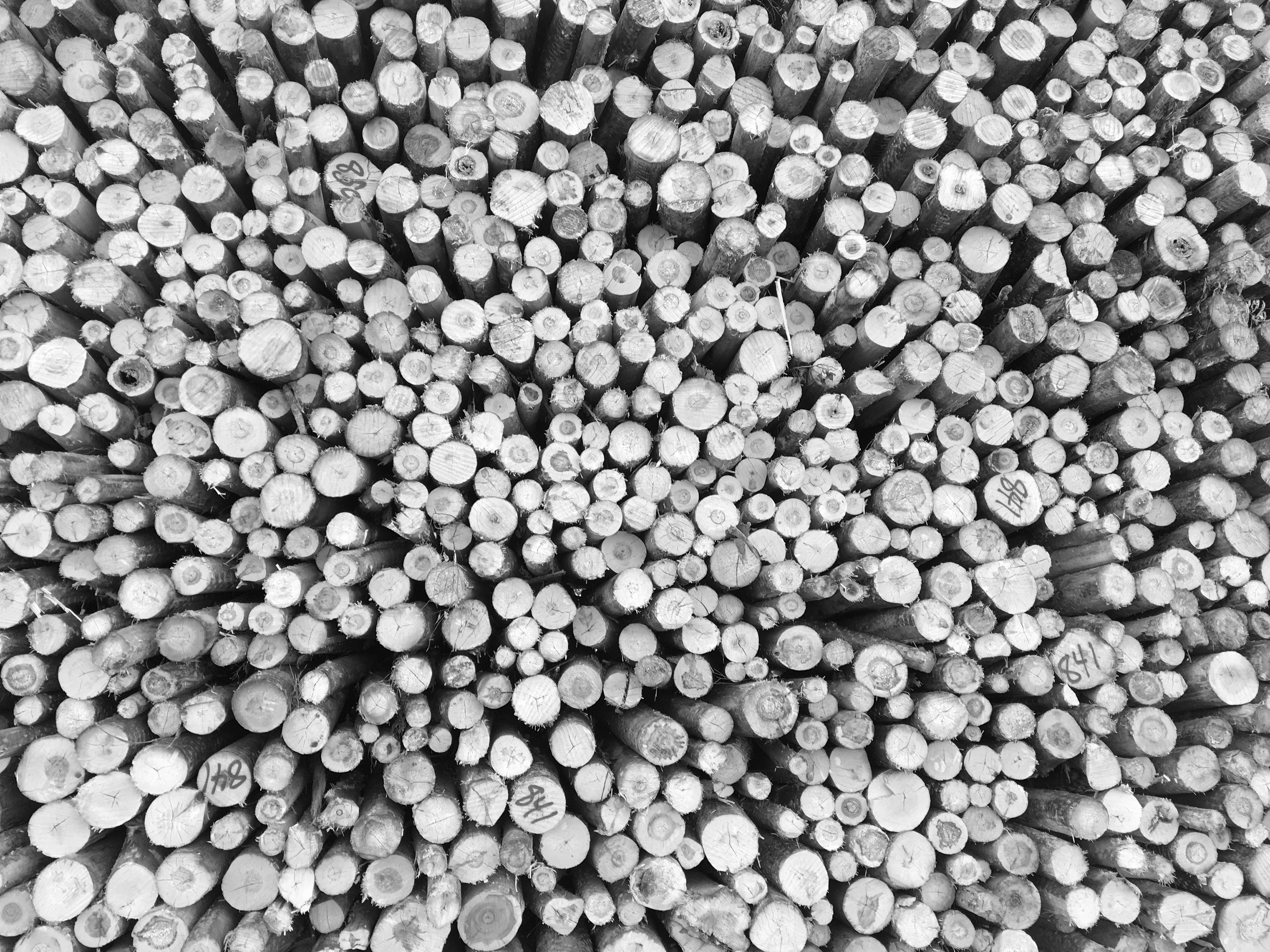 The caricature of America includes a bunch of diverse metro areas strewn across an ethnic void of rural areas. The metros are oases of “culture” in the white-sand desert of Middle America. They’re islands of ethnicity in a sea of whiteness.

This is not entirely untrue, of course. Many rural areas of the Upper Midwest, for example, were settled by northern European people in the late 19th century. Many people in small towns can trace their lineages back generations, even to “the old farm,” typically where grandma or great-grandma grew up, typically now just a clump of trees with no buildings in a quarter-section of soybeans.

The extent of religious diversity is whether you’re Catholic or Protestant (read: Lutheran). Far from the Thirty Years’ War, the main difference here seems to be whether you get Communion in second or fifth grade.

So, no, our up-north Scandi-land is not the most ethnically diverse of places. Understandably, out-of-towners think it’s homogeneous. It seems to follow, then, that it’s not diverse full stop, which leads us to the caricature mentioned above, with cities brimming with diversity and culture, and rural areas with none. But that’s where the problems start.

In our broader national culture, “diversity” is synonymous with “ethnic diversity.” And while rural areas are typically not diverse in this sense, they retain a robust diversity of another type, an arguably more consequential type: economic diversity. In this other sense, rural areas are quite the metaphorical melting pot, actually. Counterintuitively, they may be more diverse than many metro areas.

See, in small towns with fewer than 1,000 people, there is very little sorting. There aren’t pronounced “neighborhoods,” really, unless you count the trailer park, or maybe a set of new houses on the edge of town. There are maybe two churches. One or two restaurants. Two or three bars. In such a small space, people can’t sort themselves in terms of income, at least with much consequence. In fact, I suppose the biggest “neighborhood” difference is actually whether you live in town at all, or whether you’re a farm kid. Or, increasingly these days, whether you’re a farm kid who still lives on the farm, because many families have moved to town since they were driving there all the time, anyway, for school and sports and music.

In this rural system, people of different classes live next to each other, or at least near each other. To be sure, small towns typically lack a lot of upper-crust people—I grew up in a town with no doctor and no lawyer—but there’s still a top tier: business owners, a couple of people at the bank, the school superintendent, a dentist, and the big farmers. And they go to church with, and drink light beer at the legion hall with, people who, you know, work for them. This is reality, believe it or not.

Just as important, their kids go to school together. Small towns lack the critical mass of upper-crust people to support any private schools, religious or not, so all kids go to the public school (at least unless they’re home-schooled). That’s right—all of them. When I went to high school, the street outside the school (Parking lot? No.) had new-ish $40,000 pickups that kids got handed down to them from their big-farmer fathers when they traded up every few years, but the street also had, for example, the twenty-year-old beater that had to park far away from the curb because it didn’t have reverse. (We knew which one it was, and whose it was, and gave him room.) In small towns, the banker’s kid stands next to the kid from the trailer park on the sideline of the football game; the dentist’s boy plays quarterback and puts his hands oh-so-awkwardly between the thighs of the welder’s boy, the center. And so on.

This doesn’t mean that small towns are Mayberry, but it does mean that kids not only see other kids from a range of economic stations, but make friends with them. They certainly know them, anyway—know their names, their families, and maybe even date their sister.

Not so much in urban areas.

When a town gets big enough, it has the base to support a private school, and the sorting begins. Now, the banker’s kid goes to school with the dentist’s kid, and the welder’s kid goes to school with the trailer-park kids somewhere else. Growing up where I did, I literally didn’t understand the cultural animus toward private schools—our school did quite well academically, even at the state level, and we had “our share” of “blue-collar” families. I had never seen the sorting.

And the sorting extends beyond the schools, of course. In mid-sized towns, neighborhoods begin to sort, each with their own churches and restaurants and bars. Families from different neighborhoods don’t mix—not because they’re classist or anything, but because it’s easy not to.

The bigger the city, the more sorting happens. In larger metro areas, the sorting happens at the whole-city level, with suburbs acting like neighborhoods. People see people increasingly like themselves. Kids become friends with kids who are more and more like they are.

The result? Kids grow up thinking that they live in a diverse place (the city!), but they lead the most homogeneous lives possible—everyone is of similar economic station. All of their suburban friends take trips for spring break and have their own bathrooms. They’re all white, but don’t tell them they’re not down with diversity—they eat at the Ethiopian restaurant sometimes. And they know what Diwali is and even have an Indian friend.

Whose dad is a dentist.

Not so in small towns. Kids from small towns have never eaten Ethiopian food, don’t have the foggiest clue about holidays outside the Christian calendar, and have no friends who are brown, or at least the shade of brown that comes from a different continent. They’re not “diverse,” I guess.

And they don’t go anywhere for spring break, usually. After all, spring break and Easter break typically fall around calving season, thank God.

(Not familiar with calving for spring break? Think less Girls Gone Wild, more Rurals Gone Wild. And no, you don’t want to see the video.)

This is not to say that urban areas don’t have poor people, obviously, but instead to point out that urban and suburban people sort themselves out, whether voluntarily or not. Poor people cluster in the poor neighborhoods, or the inner-ring suburbs where the heavy industry is. Far from hidden, maybe poverty is all these kids see. That’s the point: not that metro areas lack diversity—they typically include every combination of race, ethnicity, and economic status—but because of sorting, that diversity often manifests as Someone Else, often Somewhere Else. For everyone.

That is the real danger. A whole subculture of people convinced they’ve seen other cultures, but other cultures are represented by different dentists’ kids celebrating different holidays. Or different MBAs’ kids speaking second and third languages at parties. This is diversity like driving a different color of Prius—it’s surface-level. It’s inconsequential. The same kinds of people drive a Prius at all.

And they would get stuck in the pure-white snow out here.

What is consequential is the kind of diversity that comes from different economic status and education level. In rural areas, some people drive a Prius, and some drive a pickup. You see this everyday, and not on your commute—these people are your friends.

And your friends might—gasp—vote differently than you do.

Short story: Someone close to me had visitors from The City, hours away, in the fall of 2016. Upon arrival, they informed him that the drive was the first time they’d seen a Trump-Pence campaign sign.

It was a month before the election.

When I read about the lack of diversity in Middle America, out here in the Great White Tundra, I have to remember that “diversity” translates to “ethnic diversity.” It’s the only way it makes sense, really. Rural people know that they see a deeper kind of diversity—an economic diversity, an ideological diversity—even if it’s all the same (skin) color. That deeper diversity is much more important, I would think, than a skin-deep diversity, the kind where a bunch of upper-middle-class people split their own (not-so-blonde) hairs about how different they are. Or, more accurately, how different they look.

Actually, rural people do more than see diversity—that’s what city people do. Real diversity isn’t something you “see.” Rural people swim in diversity every day, out here in this sea of whiteness.