This is a new, shorter format: the Kernel (hence the picture). Feedback is welcome, especially on our editor’s Twitter account (@RuralityChecker). As always, thanks for reading.

After the US Women’s Soccer Team’s World Cup victory this weekend, all-world phenom forward and co-captain Megan Rapinoe had this to say about how female athletes are paid (via the Washington Post):

“I think we’re done with ‘Are we worth it? Should we have equal pay? (Are) the (male and female) markets the same?’ Yada, yada. Everyone is done with that.”

With apologies to Seinfeld, we shouldn’t just “yada yada” markets, especially when talking about economics.

Much ink and vitriol have been spilled and spewed about the pay of women’s athletes, and I’ve given my views in a previous article. In this Kernel I want to make two more general points. First, I am becoming more convinced that arguments for economic policies centered on “fairness” and “equality” take a similar form: “I think X is right, so let’s make X the law.” Maybe that’s how all laws are made, but now we can thank Ms. Rapinoe for making explicit the implicit part of that argument: “Oh, and yada yada markets.”

If you think I’m over-generalizing about “economic arguments,” consider other examples from today’s liberal politicians—and not fringe crackpots, either, but a whole cadre of major-party candidates for president. Minimum/”Living” wages. Healthcare for all. More on the nose, the supposed “gender pay gap.” All of this takes the form of “so-called morality first, and yada yada the details.” Or, in some cases, not just “details,” but the very markets that pertain to those economic arguments at all.

Apparently, we readily allow both politicians and sports stars—non-economists, all—to make unsound economic arguments, now. About economics, no less. Anything that doesn’t make sense, or literally doesn’t add up, can be “yada yada’d,” explicitly or implicitly.

(Yada-yadaing economics isn’t a uniquely left-wing phenomenon, of course, but our liberal friends seem to have the market cornered [!] on flat-out creating money in this way, and in the name of #Equality. Sure, Republicans can’t balance a budget, either, and they have produced some Laff-able yada-yadas in their day, but cutting taxes without cutting programs seems different from flat-out inventing price floors based on “morality,” markets be damned.)

Second, I think this is an inadvertently brilliant summary of our discussion about economic inequality generally. We live in the richest country in the history of countries, with a historically low unemployment rate. Standards of living are at all-time highs regarding the long-arc of humanity, and on top of that, unprecedented economic opportunity abounds for anyone willing to, you know, show up to work. I’m not seeing a lot of economic arguments against how life is pretty good, at least regarding the pursuit of happiness.

I’m unconvinced that any of this is a problem at all, actually. But, you know: “yada, yada.” 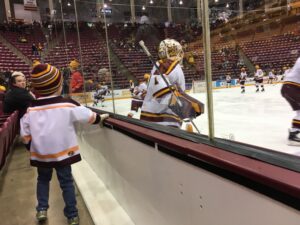